LowKickMMA.com
Home MMA News Nina Ansaroff Is Taking 2020 Off To Start A Family With Amanda... 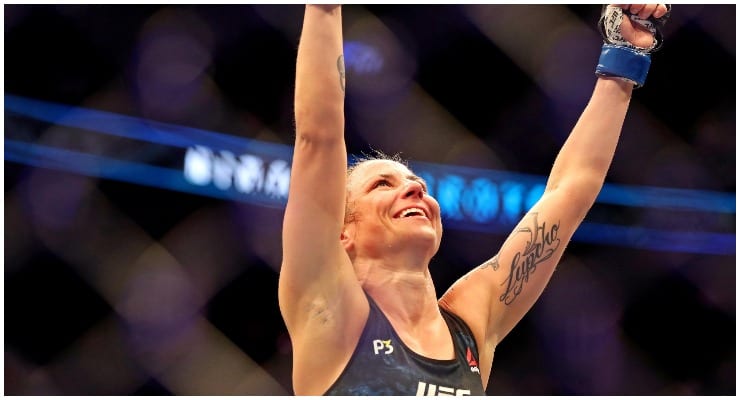 UFC fighter Nina Ansaroff has said she’ll be taking 2020 off in order to start a family with dual weight champion Amanda Nunes. The pair have been dating since 2012 and last year announced their engagement. Despite planning a family Ansaroff is planning to comeback quickly to continue her fine form which has saw her win four of her last five fights. Ansaroff has beaten Jocelyn Jones-Lybarger, Angela Hill, Randa Markos and Claudia Gadelha since 2017. However last time out she dropped a unanimous decision to rising star Tatiana Suarez. She’ll now be forced to sit on that loss for more than a year as she starts a family. Speaking to TMZ Sports, about her plans for pregnancy and fighting, she said.

“There’s no official news. Everyone’s waiting, we’re waiting and when there is official news, everyone will know. I’m taking a year off. Whatever happens in this year, is going to happen in this year. 100 percent [I will return]. I’m going to fight at 125 [pounds] though.”

“I’m going to be training throughout my pregnancy. I’m going to stay in shape. Ansaroff said. “I’m not going to just not doing anything and jump in. I’ve never had a baby before, so I don’t know what to expect but I’ve come back from other injuries and really bad accidents to being a professional athlete where they said it’s not possible. I don’t know.

By jumping up 10lbs, Ansaroff will add to the relatively new flyweight division. Current champion Valentina Shevchenko is in desperate need of contenders and Ansaroff could well provide stiff competition. The fight has some background too considering the Ukrainians two previous fights with Nunes at 135lbs.

How far will Nina Ansaroff go in the UFC flyweight division?