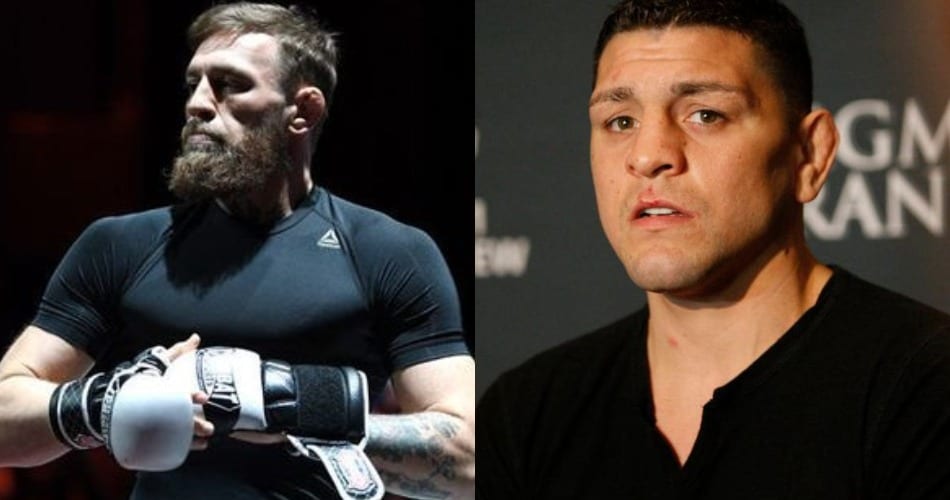 Nick Diaz wasn’t impressed by the latest antics of Conor McGregor, which is why he took to social media to rip him for it.

The former UFC lightweight and featherweight champion expressed his interest in fighting Mark Wahlberg on the same card as the purposed Tom Cruise vs Justin Bieber bout. The oldest Diaz brother took to his official Instagram account, where he went off on McGregor for trying to fight a celebrity.

“Why would you wanna fight someone who cant’ fight,” Diaz wrote on his Instagram story. “What a peace (sic) of shit !! Same as beating someone with handcuffs on.”

Diaz has not been seen in the Octagon since his bout with Anderson Silva in January 2015. The fight – originally ruled a unanimous decision win for Silva – was later overturned to a no-contest after “The Spider” tested positive for banned substances. It was reported that Diaz would fight Jorge Masvidal at the UFC 235 pay-per-view (PPV) event back in March. However, that fight was never officially booked.

For years now, fight fans have wanted to see the older Diaz brother compete once again. However, the chances of that happening are unlikely. McGregor hasn’t fought since UFC 229. He had been linked to rumors of a fight with Donald Cerrone. There was even talk that the fight could take place at UFC 239 on July 6, 2019, at the T-Mobile Arena in Las Vegas, Nevada.

The idea was for them to fight in the co-headliner of the show. That fight never got booked due to contract talks ending between the UFC and McGregor at the time.