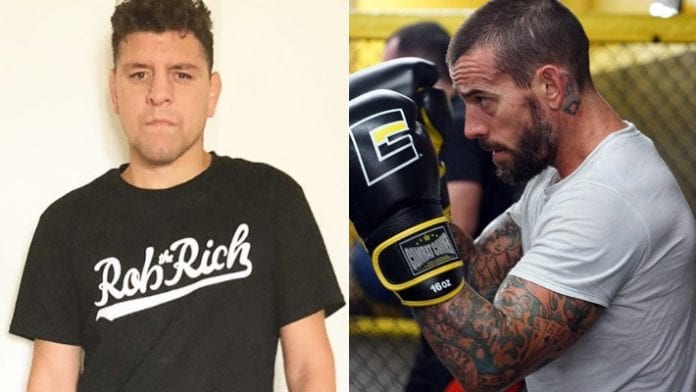 Perhaps Nick Diaz is serious about fighting again after all. The oldest Diaz brother began teasing a return to Octagon action shortly after his brother’s loss to Jorge Masvidal this past November.

Nick suggested he wanted to avenge his little brother’s defeat to “Gamebred,” and didn’t appreciate the latter’s “baptism” comments about his little brother. While no progress seems to have been made on a potential Masvidal vs. Nick Diaz fight, Aaron Bronsteter has reported that the former UFC welterweight title challenger was recently tested by the United States Anti-Doping Agency (USADA).

He also added that former WWE Champion CM Punk, who is currently 0-2 in his MMA career (both fights taking place in the UFC), has also recently been tested. Diaz and Punk highlight a list of names that also included TJ Dillashaw, Alexander Gustafsson, John Hathaway, Mike Jackson, and William Knight as fighters who were recently tested by USADA.

Bronsteter also added a list of the most USADA tested athletes of 2020 thus far. You can check those out below.

It will be interesting to see if Diaz and Punk end up fighting later on this year, and, if so, who they’re ultimately matched up against.

What do you think about Diaz and Punk recently being tested by USADA?