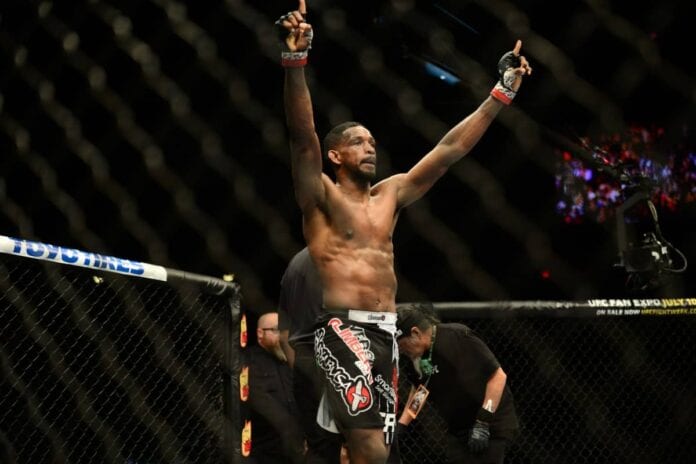 The Ultimate Fighter: Latin America 2 Finale is set to air live on FOX Sports 1 from Monterrey, Mexico on November 21, 2015.

The main event was originally supposed to be a clash between No. 5-ranked welterweight Matt “The Immortal” Brown, and No. 15-ranked Kelvin Gastelum, but things went south when it was announced yesterday that Brown had suffered an ankle injury and would be forced from the bout.

It was unclear whether or not the promotion would find a replacement opponent for Gastelum, but we now have our answer. The UFC has announced that No. 12-ranked Neil Magny will step up on short notice to meet “Mini Cain” in the main event.

Magny, who happens to be one of the most active fighters in the UFC, actually had a fight scheduled, as he was set to meet Stephen “Wonderboy” Thompson at January 2’s UFC 195, but he has apparently jumped on the opportunity to take an earlier fight.

Magny has won eight of his last nine bouts, with his only loss coming at the hands of veteran grappling guru Demian Maia. He is coming off of a win over Erick Silva and will look to build back up another winning streak.

Gastelum on the other hand is making his return back to 170-pounds after being forced to move up to middleweight due to weight cutting issues. The former TUF winner is coming off of a win over Nate Marquardt and will look to establish himself as a threat at welterweight.

Are you intrigued by this new main event?