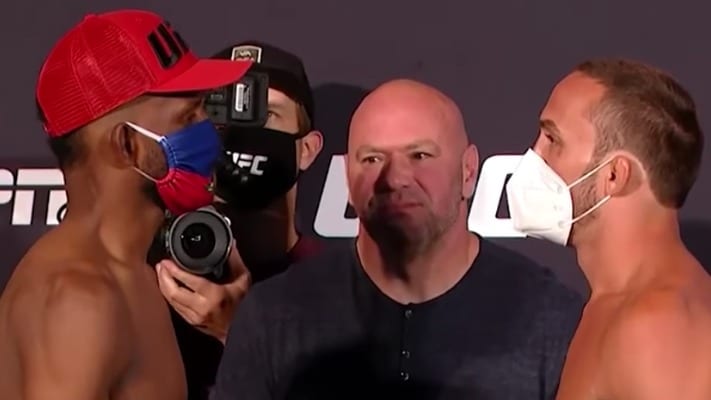 Next up on the UFC 250 main card at the Apex facility is a welterweight bout between Neil Magny and Anthony Rocco Martin.

Round 1: After a lot of feinting, Martin clinches Magny up against the fence. They separate and return to striking. Martin lands a leg kick. Magny is advancing more but gets his back exposed to Martin who has it locked up. Magny eventually reverses and they return to striking again. Martin lands a right hand. Magny returns with two low kicks. Magny goes for a takedown but Martin reverses him up against the fence. Again, they separate. Martin goes swinging wild and looks for a takedown. Magny reverses. The round comes to an end.

Round 3: Magny begins the round urgently and continues with the pressure. Martin has the body lock on Magny but is unable to take Magny down this time who escapes with more ease. Magny is piling on the volume now. He lands a right hand and looks for the takedown. Martin defends but struggled a lot more than previously in the fight. Magny lands a right. He clinches Martin and lands two big knees to the stomach. Martin is breathing heavy. Magny continues to pour the pressure as he lands another big right. He looks for the takedown again but is still unable to land it. They return to striking. Martin lands a big right but is unable to follow upon it. Magny responds with his own right. They clinch up before the fight comes to an end. A huge round for Magny!