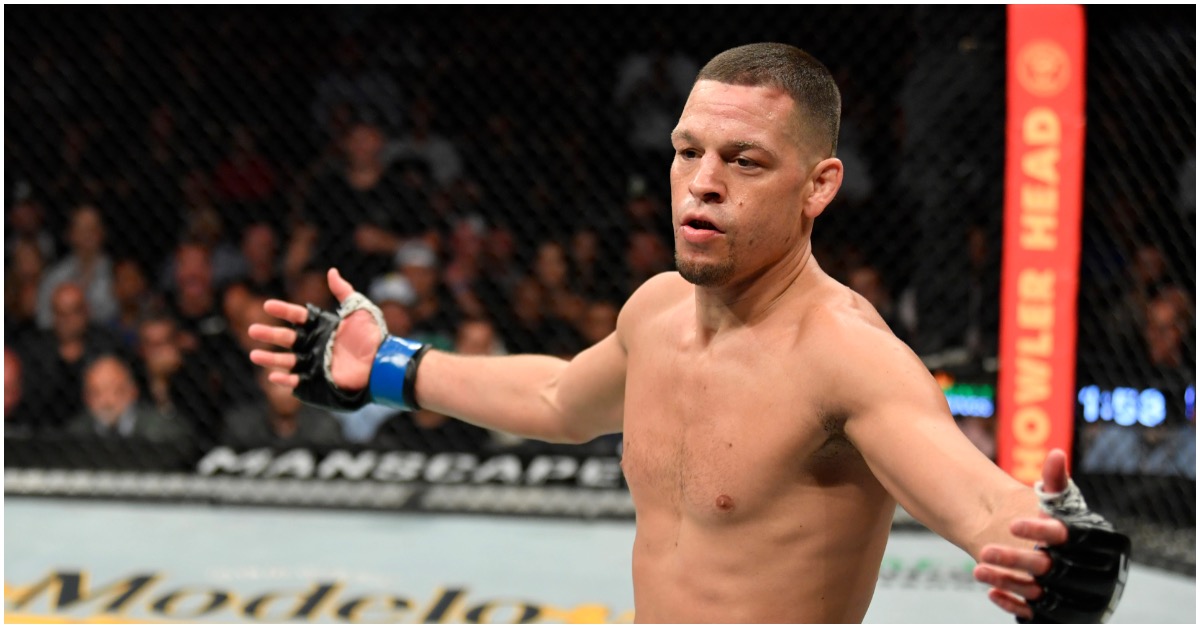 Nate Diaz has formally asked to be released from his UFC contract.

Diaz hasn’t fought since suffering a unanimous decision defeat against Leon Edwards at UFC 263. The UFC fan favourite was outclassed for large parts of the bout but almost scored a KO win in the fifth and final frame when he badly wobbled ‘Rocky’.

The Stockton, California native has just one fight left on his deal which technically expired at the end of 2021. Diaz opted to extend the contract to get his final UFC fight in but seems uninterested in inking a new deal with MMA’s premier promotion.

Diaz has been angling for a fight with Dustin Poirier for the past few months, but the fight is yet to be made for some unknown reason.

The 36-year-old is growing increasingly frustrated by the UFC’s inability to book his next fight and he made his feelings clear on social media earlier today.

“I Would like to request to be released from the @ufc @danawhite @hunter I apologize for asking online but u don’t give me a fight asap I got shit to do,” Diaz wrote on Twitter.

Do you think Nate Diaz will be allowed to leave the UFC?