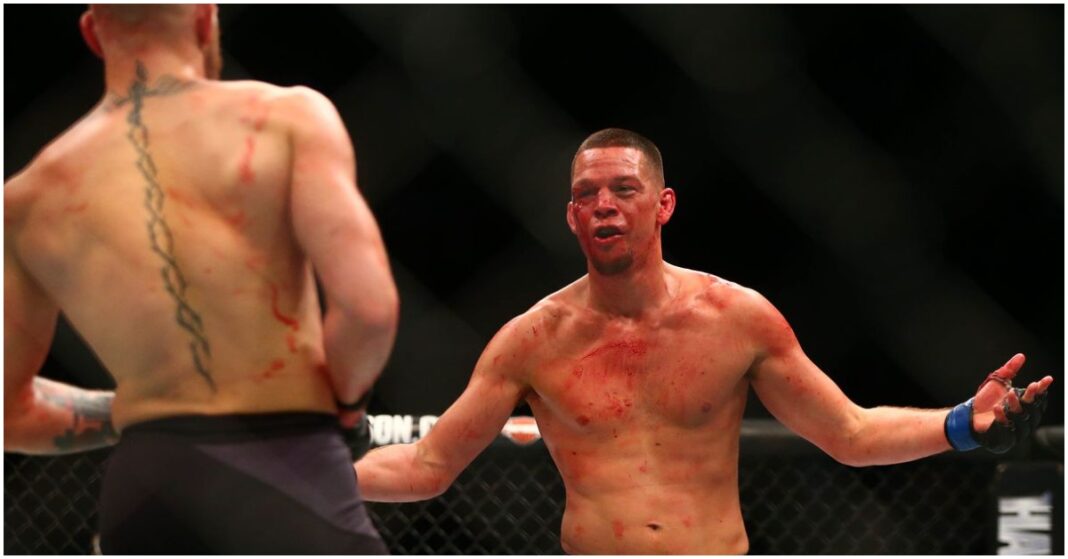 Nate Diaz has called upon the UFC once again to organize a fight for him; however, he has no interest in a Conor McGregor trilogy bout.

Nate Diaz has not competed inside the octagon since his decision loss to Leon Edwards at UFC 263 in June of 2021. Although the result did not fall his way, Diaz still had moments to give the fans exactly what they wanted when they came to see him when he caught Edwards late on in the fight to stun the next title contender.

Fans have been awaiting the return of Diaz with many speculating his next matchup will be the trilogy against McGregor. However, that idea was shut down following Diaz’s post on social media.

“@ufc I been trying to fight everybody and no go what’s the hold up? I’m not fighting Conor he sucks. I’ll fight some one quit slow rolling me please. Thanks.”

Diaz spent a good portion of his time in the UFC in a feud with Conor McGregor but has found it extremely hard to secure a fight in recent times. Speculation surrounded a potential matchup with Dustin Poirier after both fighters expressed their interest in the matchup however nothing came from it.

AS his struggle for a fight continues within the UFC Diaz called for his release and asked for the opportunity to fight alongside his friend Yancy Medeiros at Bellator 279 this past weekend.

Although Diaz didn’t get his wish, he was there in support to see his friend secure an important victory upon his Bellator debut over Emmanuel Sanchez. No matter the promotion he may end up fighting in, many fans will be excited for when Nate Diaz does return inside an octagon.

Do you think we will ever see Nate Diaz vs. Conor McGregor 3? 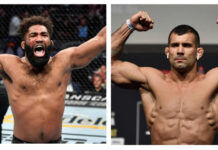 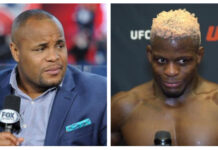 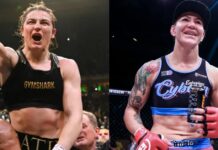