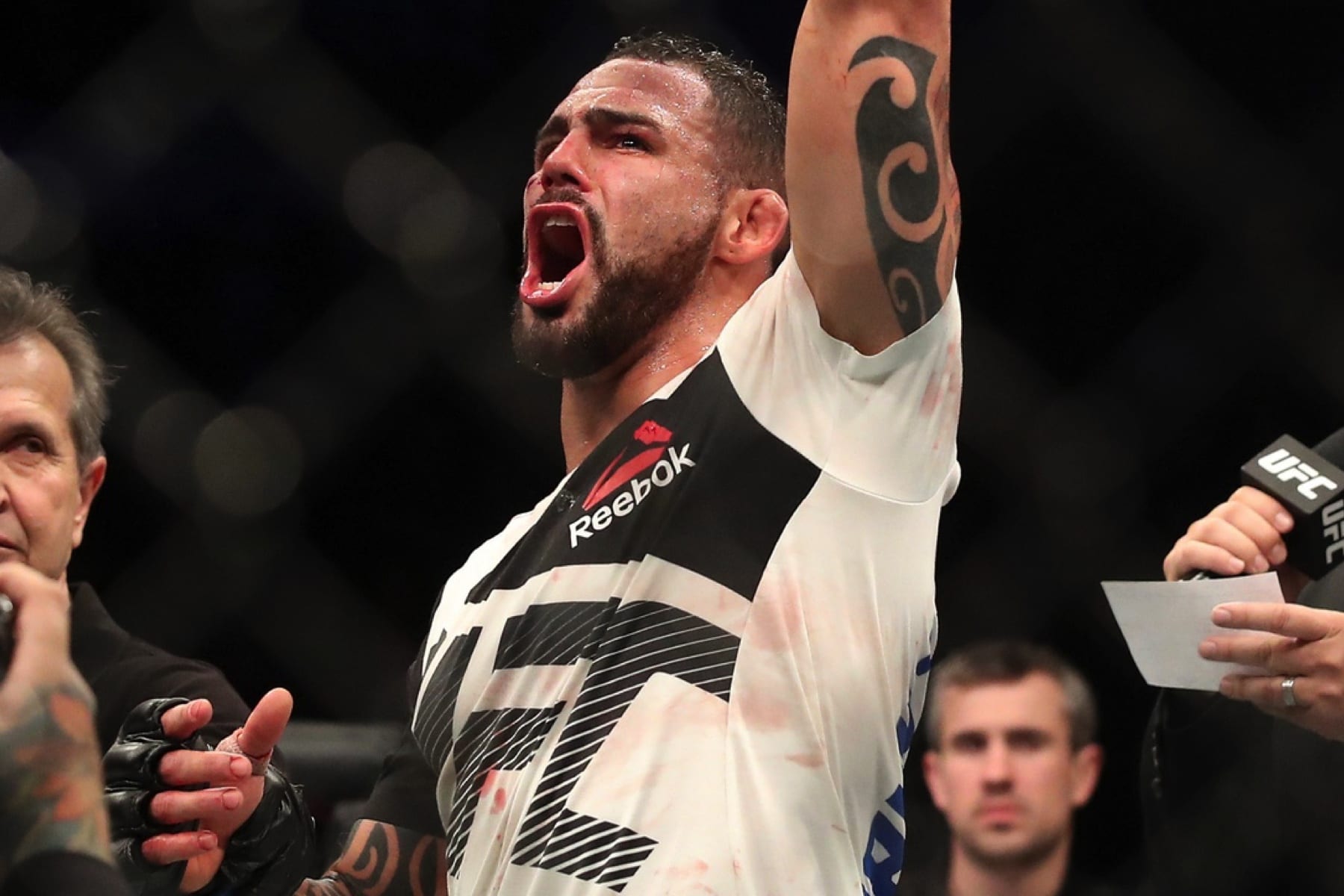 Santiago Ponzinibbio’s return is on hold for now.

The former welterweight contender was set to make his return to the Octagon for the first time in over two years as he was scheduled to face Muslim Salikhov in the upcoming January 16 event.

However, that won’t be the case anymore as Salikhov had to withdraw from the contest. As per a post on social media, it’s due to health problems stemming from COVID-19 symptoms he suffered in September.

There is no timeline for when he can return for now.

There is also no word on whether the UFC will look for a replacement opponent for Ponzinibbio as of now, but there should be enough time to do so.

Regardless, it’s a big blow for the Argentine whose return will have to wait for the time being. Ponzinibbio is currently on a seven-fight winning streak but hasn’t competed since a fourth-round knockout win over Neil Magny in November 2018.

A number of health issues as well as injuries have seen him remain on the sidelines since as “Gente Boa” is no longer ranked in the welterweight ranks due to his inactivity.

Hopefully, he is able to land a short-notice replacement and get his career back on track while Salikhov also has a speedy recovery.

Who do you think Ponzinibbio should face in his return now?