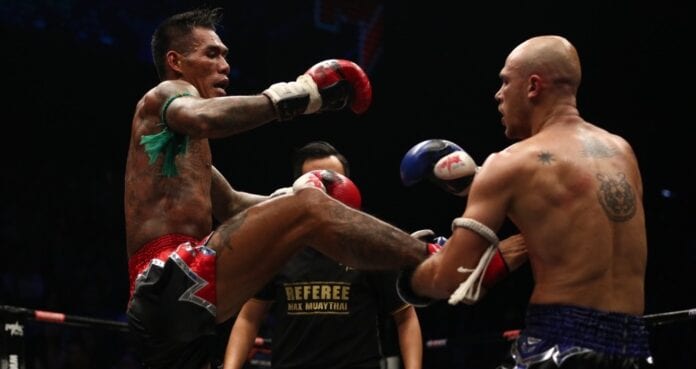 Regardless of your role in Muay Thai, understanding the fundamentals of the sport will ensure you are getting the most out of your experience.

Although Thailand’s national sport is an incredible sight for the average spectator – and a lifestyle choice for fighters – it is not completely impervious to criticism. One of the main points of contention in Muay Thai is the scoring system. As such, it is absolutely crucial for any eager practitioner or fan to familiarize themselves with how a bout is judged by referees.

The scoring criteria in Muay Thai are certainly not as basic in other combat sports, such as boxing or mixed martial arts. Judges will be looking to identify the worthy winner of a fight which goes to the cards based on a number of varying factors. Each fight is scored in a different way to the 10 Point Must System of boxing, but points are awarded to fighters.

As the scoring system is the natural place to start, we will begin by breaking down how judges score fighters in the unique Muay Thai points protocol. Strap in.

If you are accustomed to watching boxing bouts, you will be aware of how fights are scored.

There are two fighters who will fight ten rounds (twelve if there is a championship on the line). From the first to last round – presuming the fight doesn’t end in a stoppage or knockout – each fighter is typically awarded either 9 or 10 points for their performance in that round. In the case of knockdowns, a point will be deducted, but each round will typically see the dominant fighter awarded 10 points to their opponent’s 9.

At the end of the fight, each of the three judges will tally their individual points up. The fight is, therefore, scored according to the performance of both fighters in a given round. Easy, right? Well, as we know from several boxing shockers over the years, this can often be up to interpretation.

However, where Muay Thai differs is that a fight will be judged – not round by round – but as an entire bout. Points are awarded at the end of each of five, three-minute rounds, but these are only really seen as helping a judge to keep track of what happened in each round. Confusing? Well, it can be at first, but it will become the norm pretty quickly.

Muay Thai judges are not as devoted to the 10 Point Must System as in boxing. Where a couple of knockdowns in boxing can lose you a fight by a major margin – even if you have been otherwise dominating – in Muay Thai, this would not be the case. Even a fighter who has been knocked down or suffers infrequent bouts of trouble will not be punished for this if they have been the better fighter overall.

Judges have a fairly established set of principles they will refer to when scoring a fight.

In simple terms, there are three fundamental aspects which each judge will consider.

In the order of importance, these are:

In Muay Thai, fighters are far from limited in what weapons they can use. This is the “Art of the Eight Limbs” after all.

Judges will score strikes pretty much how you might imagine: the more powerful, cleaner, and technically sound, the better. Put another way, you can throw elbows, fists, knees, or legs, but it comes down to how effective they are at disrupting an opponent. Balance and timing are exceptionally important in judges’ eyes, so demonstrating skill in how you execute a strike is bound to be very favorable.

The fighter who can throw more clean shots is the one the judges will warm to quicker. The more legs and knees landed on the opponent’s legs and midsection help, as do shots which knock an opponent off balance. If such shots are precursors to heavier blows, this is even better in the eyes of a judge. Therefore, combinations, doubles, trebles (and more) are big scorers.

It really comes down to how effective strikes are. A fighter could be peppering their opponent with leg and body kicks which are ineffectual, thus less worthy on the scorecards.

Powerful strikes are always going to stand out as it is the best way to determine that you, the fighter, are causing damage to your opponent. Sometimes, a fight can turn into a war where both fighters are knocking one another into alternate dimensions. If this is the case, the fighter who causes the most damage will be considered to be in the ascendency.

Conversely, if two fighters are hitting often but not causing much harm to one another, the fighter with more attacking ingenuity will stand out.

In other words, two fighters of the same skill level and aptitude will be separated by the creativity of their attacks. The manner of how they force a fight – or the intent to demonstrate a greater hunger for the fight – will be respected.

Fighters who display a greater skillset when it comes to avoiding shots or throwing counterpunches or kicks will win over the judges in the case of none of the scenarios above.

Counterattacking fighters are divisive in the world of Muay Thai. As the sport has a major gambling market, some gamblers show disinterest in fighters who are too good. The better a fighter is at avoiding damage and getting hit, the greater their chance of winning bouts. This invariably leads to lower odds when it comes to betting, which will see those same fighters receive fewer offers of fights.

The First and Fifth Rounds

The “Art of the Eight Limbs” has many interesting and unique points when compared to other sports.

One of these is the importance of the first and fifth rounds of every bout. Known among some as the “unspoken rules,” these rounds will generally be familiar in most fights for a number of reasons. The logic behind why is related to the unique scoring system of the bout.

In the first round, fighters are less inclined to burst out of the starting blocks. Instead, they will use the time to weigh up their opponent. It is much like the “feeling out process” many combat sports commentators love to refer to in bouts where fighters take their time.

In the fifth round, which may come as a surprise to some, the action can also be pretty limited. Muay Thai fights will usually peak in intensity towards the middle part of a fight and simmer down towards the end. This is usually down to the more dominant fighter knowing that they have done enough to take home the win.

You may even see that fighter raise his hand several times to acknowledge the win before the final bell has gone. There is a rich culture of respect in the sport, so a fighter who has presumed themselves to be beaten may also touch their opponent’s gloves as a means of accepting defeat.

As you can see, Muay Thai judges have a very understandable method of scoring fights.

Much like in any other combat sport, effective shots, technique, skill, ring generalship, and fight IQ are very important. Where things differ is that, unlike other sports, the fight is judged as a whole. The philosophy of judges is that a Muay Thai bout is a marathon rather than a series of sprints. Fighters should have the opportunity to recover ground after a bad start.

Understanding these rules, perfecting your game, and adopting the “marathon philosophy” will see you enter the ring with a game plan which can please the judges. In Muay Thai, this will be of the utmost importance.