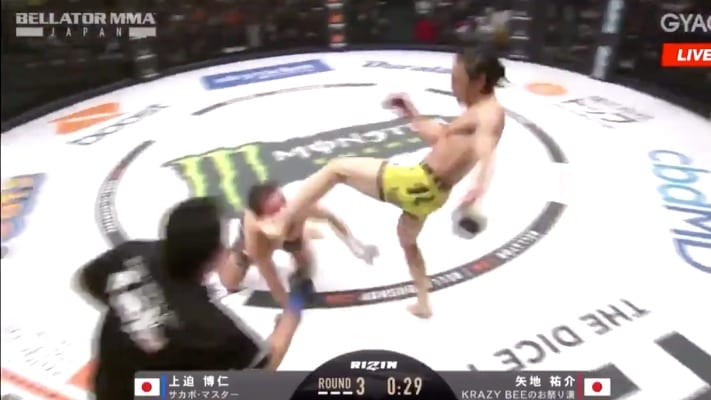 Bellator 237 took place over the weekend from the Saitama Super Arena in Saitama, Japan.

Unfortunately for mixed martial arts (MMA) fans, not all the fights aired outside Japan, as only the main card was seen in the United States. The postlims were exclusive to Japanese viewers. With that being said, many fans missed out on the amazing soccer kick KO scored by Yusuke Yachi over Hiroto Uesako.

Check out the spectacular finish here:

For those of you who missed it, here are the main card results from Bellator 237, which featured a knockout win for the legendary Fedor Emelianenko over Quinton “Rampage” Jackson.

What did you think about the soccer KO finish?