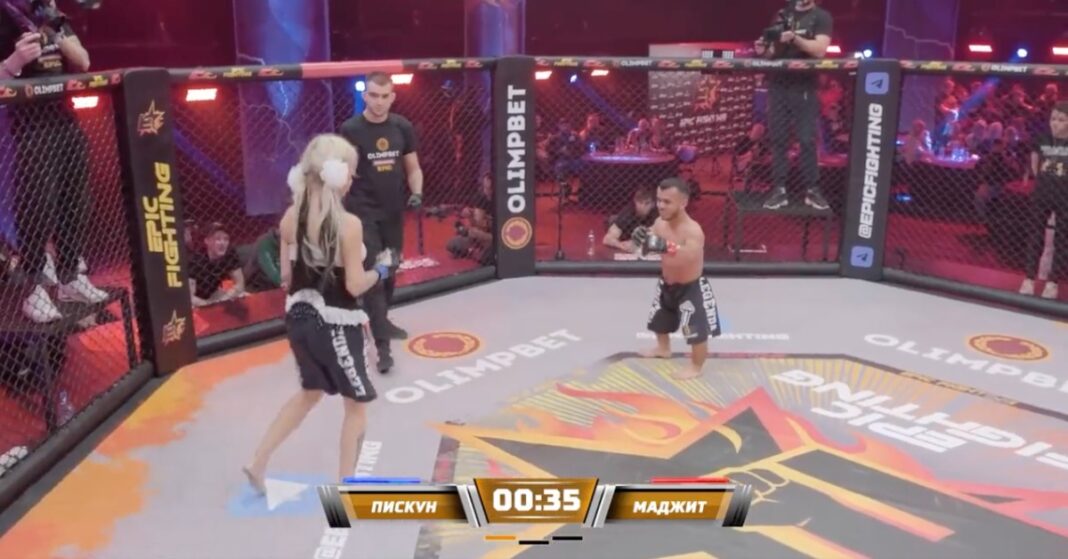 Suleymanov, who was the much shorter of the two, managed to successfully takedown Puskin on cue during the opening round of their bizarre MMA matchup, establishing mount on occasion in-between scrambles, with the duo eventually trading strikes to boot.

Continuing to find success with his wrestling in the opening stages of the second round, Suleymanov, however, the blogger and social media influencer was confronted by another female in the cage – who appeared to be in the corner of Puskin, who pulled Suleymanov from guard and lashed out at him, before the official managed to corral her. During the bout, the commentary team seated at cageside could not contain their laughter as they described the action playing out.

Over the course of the last numerous months, the promotion has received widespread criticism and notoriety for fielding intergender mixed martial arts bouts, and other freakshow fights, including multiple fights featuring two male competitors against a sole female challenger, and a notable occurrence of a grandfather fighting alongside his grandson against a sole female opponent.

Polish MMA promotion WAR also managed to get in on the recent influx of freakshow, intergender, and just plain bizarre fights – with a 5-on-5 team matchup, which included a slew of brutally late stoppages as three referees attempted to officiate the bout, with one fighter, in particular, taking significant punishment from at least two fighters on the opposite team, despite being unconscious for some time.

Reactions to these types of freakshow MMA events have been totally varied, with commenters complementing the promotions for showcasing unique fights, while other critics voicing their concern for intergender fights, blatant mismatches, as well as expressing concern for potentially life-changing, late stoppages. 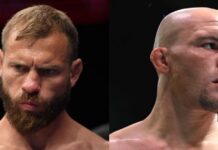 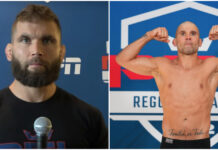 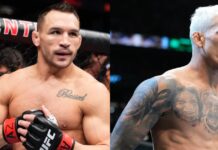