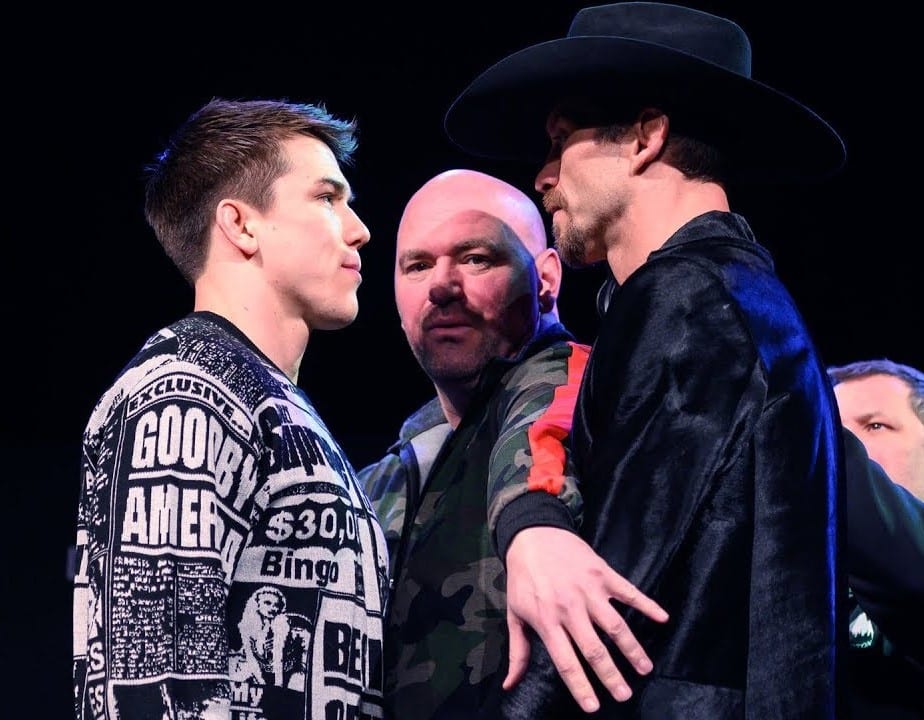 Mike Perry may have had some bad blood with Donald Cerrone, but it sounds as if “Platinum” is siding with “Cowboy” in his current beef with Alex Hernandez.

Earlier today the promotion held a press conference for the upcoming UFC on ESPN+ 1. In attendance were main event participants Henry Cejudo and T.J. Dillashaw along with prelim headliners “Cowboy” Cerrone and the brash Hernandez.

While the press conference itself was only about 30 minutes, it surely entertained. Both Cerrone and Hernandez took turns roasting one another albeit in very different ways.

Perry, a former adversary of Cerrone, doesn’t seem to be a fan of the headstrong Hernandez as evident by a “Platinum” Instagram post: (via Mike Bohn Twitter)

Perry last competed at UFC Fight Night 139 when he lost to Cerrone via submission. Although he hasn’t been linked to any fights as of late he has been staying relevant with social media videos like the one where he dropped his girlfriend with a vicious body shot.

Let’s hope he gets a fight booked soon.