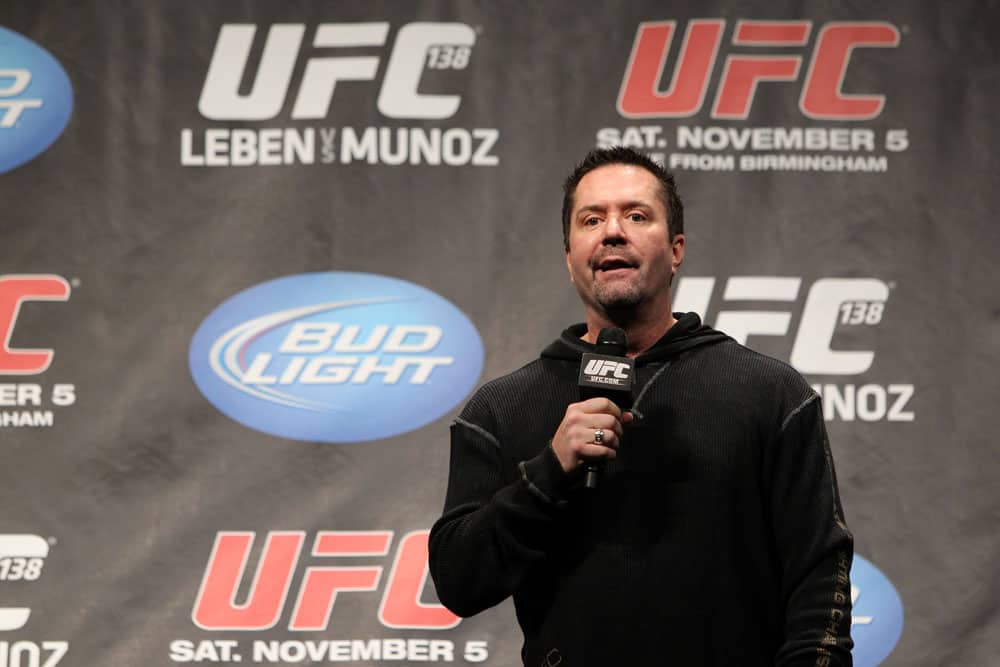 Former UFC commentator Mike Goldberg will no longer be with Bellator now that they have started broadcasting on Showtime.

Bellator president Scott Coker said there are no hard feelings between the two parties. He said that it was purely a business decision. He also praised commentator Mauro Ranallo, who will be taking over for Goldberg. (H/T MMAJunkie.com)

“At one time, we had the two best on the planet. It was a production decision and they decided to move forward. That’s where we stand. But you know what? This is the kind of business that, you never know. If there’s boxing on one side and Mauro is doing it, who knows what will happen in the future? But that’s the way it rolled out.”

It does seem like Coker thinks that Goldberg could possibly come back in some capacity for the promotion. Ranallo does do boxing commentating for Showtime along side his duties for Bellator as well. He has also done work for PRIDE FC and the WWE in the past.

After leaving the UFC, Goldberg called his first event for Bellator on June 24, 2017 at Bellator 180. He was their main play-by-play guy, alongside “Big” John McCarthy and Josh Thompson.

Goldberg’s work in MMA goes all the way back to December of 1997 for the UFC. He worked there until December of 2016, where he was alongside Joe Rogan for most events.

Bellator 255 took place this past Friday and was the first event without Goldberg since he joined the promotion.

Where do you think Mike Goldberg goes next?