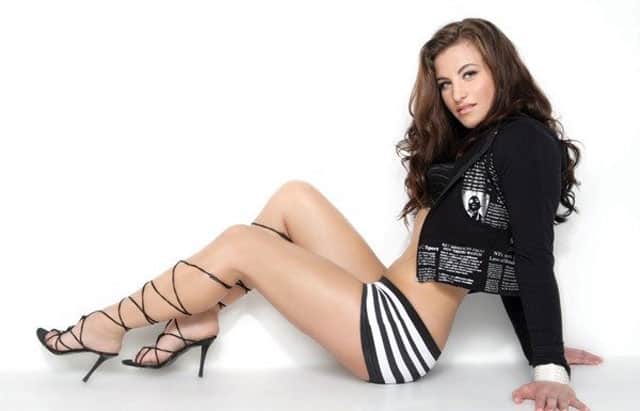 Dominant women’s bantamweight champion “Rowdy” Ronda Rousey has used her in-cage success to help land other multi-platform opportunities including roles in movies and even the publishing of her own book. Rousey is an obvious superstar, and it looks as if some of her fellow 135-pounders are following her lead.

Reports have been confirmed by The Albuquerque Journal (via MMA Mania) that top-10 bantamweights Miesha “Cupcake” Tate and Holly “The Preacher’s Daughter” Holm have signed on to appear alongside each other in a brand new movie entitled “Fight Valley”, which is set to begin filming in August. Apparently the film is loosely tied to “Fight Club”, and will be a female version of the 1999 cult-classic.

The film is set to be based on an underground fighting circuit where females go to handle their business, and reports have even hinted that dominant Invicta FC featherweight champion Cris “Cyborg” Justino could have a role in the movie.

Tate is a veteran and a pioneer of women’s mixed martial arts (MMA). Despite losing to Rousey twice, both by arm bar, “Cupcake” has rattled off an impressive three-straight wins, and is now set to square off with No. 5-ranked Jessica Eye at UFC on FOX 16 on July 25, 2015.

Holm on the other hand, has a decorated boxing background, and finally made her Octagon debut in February at UFC 184, scoring a decision win over Raquel Pennington. “The Preacher’s Daughter” is now scheduled to meet Marion Renau at UFC Fight Night 71 on July 15, 2015.

Is it becoming the norm for UFC stars to venture outside of the cage and take part in other media opportunities?