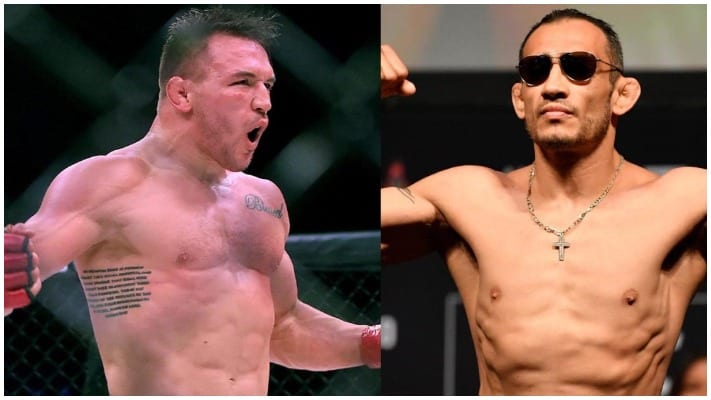 Chandler and Ferguson were due to face off at UFC 254 on 24th October 2020. However, negotiations went stale and Chandler was then made the backup fighter for the Justin Gaethje vs. Khabib Nurmagomedov title fight. Both fighters made it to the Octagon, meaning Chandler was left twiddling his thumbs. Fear not, as Chandler has finally been handed a UFC debut when he squares off against Dan Hooker at UFC 257. Still, why did his fight with Ferguson not make it to reality? (H/T BJPenn.com)

“The Tony Ferguson situation was definitely mismanaged. We had the opportunity for him and I to step in the cage in January, inside the Octagon, on this card, Tony says no,” Chandler said to ESPN. “Then, he takes a relatively short notice fight against Oliveira after calling me out. I say no, I needed three weeks, four weeks off after this last nine-month-long training camp I did. My opinion of him hasn’t changed, it is just unfortunate. It’s unfortunate that I’m not fighting Tony Ferguson right now, but I went through that through a day or so. Then, it was four other names and Hooker being one of them.”

Before Michael Chandler made the move to the UFC, he was on a two-fight winning streak. Two first-round KOs of Sidney Outlaw and Benson Henderson must have certainly whet Dana White and the UFC brass’s appetite. Before these finishes, Chandler lost his lightweight title after being TKO’d by Patricio Freire. Perhaps he will make his return to glory in the UFC’s lightweight division. Firstly, Chandler will have to get past Hooker if his plans of becoming champion are to be realised.