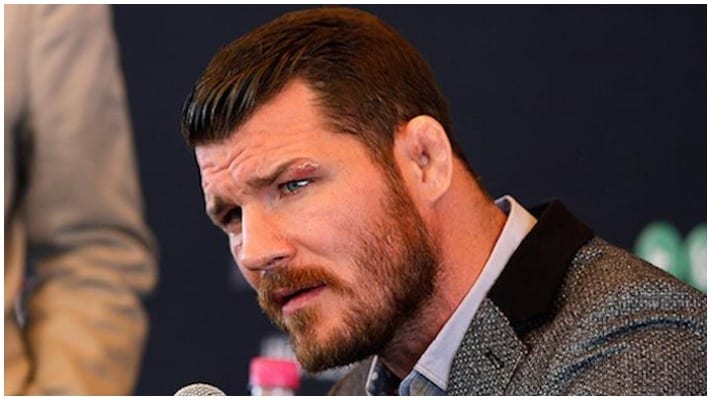 As Bisping has become accustomed to, he tends to reply to trolls and haters on social media even while he’s commentating and that was the case last night at UFC Vegas 25.

When Bisping told a fan who criticized him to cry about it, Danis was quick to quote retweet “The Count” and mention how he cried when he was called out by him.

READ MORE:  Nate Diaz Calls For July UFC Return: 'Is The Whole Roster Scared Or What?'

Danis would delete the tweet soon after, but a fan sent a screenshot to Bisping which prompted this response:

“Glad you caught it hahahaa. Man that’s funny. That little weasel attention whore is really threatening me in a street fight? Haha I don’t fight in the streets, certainly against little boys but I’m undefeated on the mean streets of clitheroe!”

All in all, this is a regular day in the office for Danis who continues to call out fighters he will never fight while being contracted as a Bellator fighter.

Danis has not responded to Bisping’s tweet but did oddly retweet it.