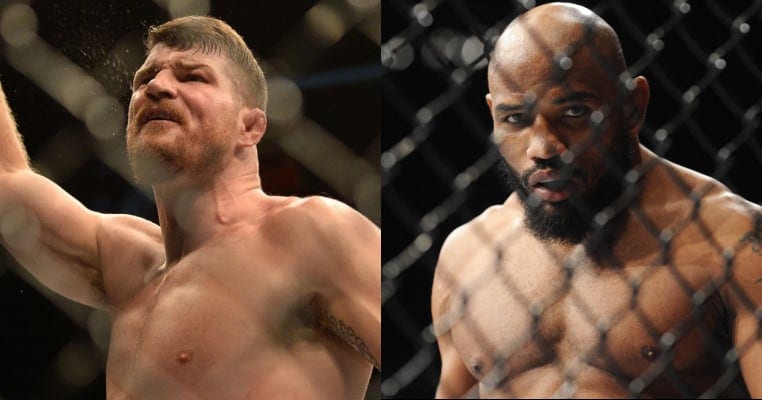 After defeating Chris Weidman at UFC 205, Yoel Romero sealed his position as the top middleweight contender. Calling out the champion Michael Bisping, ‘Soldier of God’ started a smear campaign of his rival. When simply claiming ‘The Count’ was ducking him didn’t get maximum effect, Romero went that extra mile. The knockout artist from Cuba created a GoFundMe page for Bisping’s ‘retirement and medical expenses.’ Although its only accumulated $200 so far, the rather hilarious point was made.

Shortly after, Romero would phone in to Bisping’s radio show and hurl random insults during an amusing tirade. Without even being booked to fight yet, ‘The Count’ and ‘SoG’ have an already great rivalry. Initially it was thought Bisping vs. Romero would go down in May, but ‘The Count’ confirms he hasn’t been offered the fight yet. 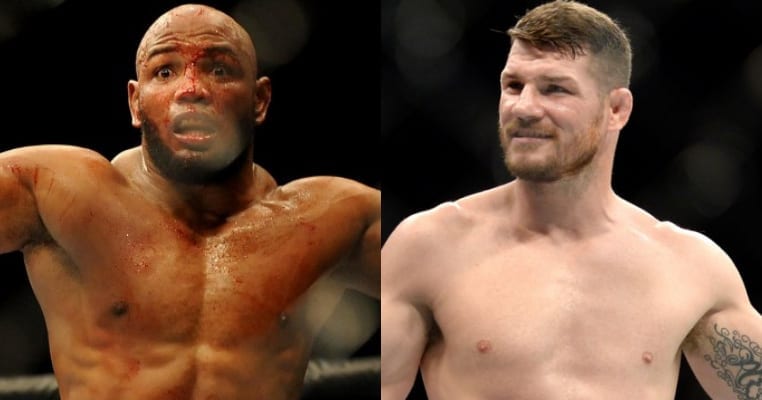 Outside the obligatory steroid accusations and ‘poopy pants’ trolls, Bisping has responded. Speaking to Ariel Helwani during ‘The MMA Hour’ last night, the champ says Romero’s GoFundMe troll was amusing, but also distasteful:

“I’ll give it to him, that was a decent stab. I think there’s 200 dollars in there, make no mistake I’ll use that, the day will come. After I whoop his ass I’ll go get a nice massage with that $200, so thank you Yoel. On a more serious note, GoFundMe pages do fantastic work for those who really need help. I’m currently using it to raise money for a young boy fighting cancer for the fourth time. Thankfully for ‘Leo the lion’ we raised the money. It was poor taste, he’s trying to get people talking. He’s a little fly buzzing around my head, and he will get swatted. He’s explosive, a good wrestler, but Chris Weidman pretty much head butted Romero’s knee. If he didn’t keep doing that, Chris probably would’ve won that fight.” 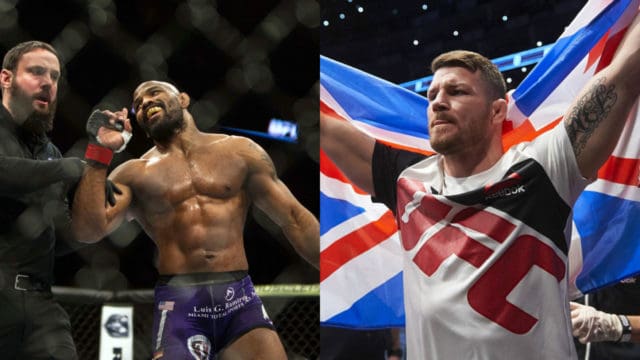 “Go Roll Me a Cigar, Bitch”

“I don’t spend time sitting around thinking about Romero. He hasn’t got wit, he hasn’t got humor. The guy’s a knucklehead. When he called in, and I tried to have a discussion, and all he could do was scream and shout. Nothing was accomplished. He’s got rocks for brains. People get pissed off about this and that, but I can’t fight everybody on one night. Now I get a little say in the matter, people get all pissed off, I paid my dues in this sport. I’ve fought everybody, I fought guys we all knew were on steroids and went out on my shield. This is the benefit of being world champion, so kiss my ass. That’s why I told Yoel ‘until I decide to fight you, you’re my little bitch, so go roll me a cigar.'”