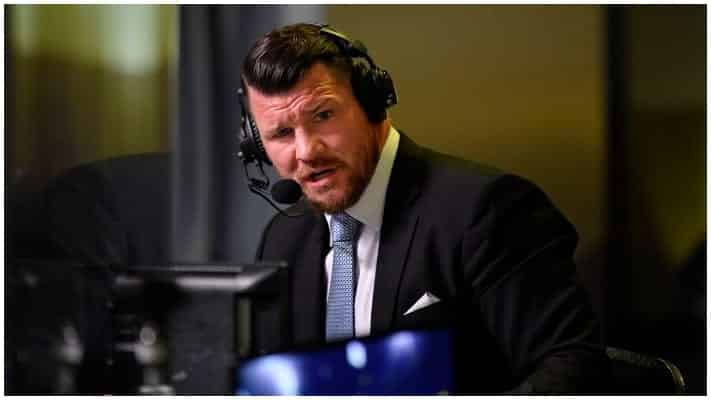 Michael Bisping believes Jan Blachowicz has shown Marvin Vettori and the world what needs to be done to dethrone Israel Adesanya at UFC 263.

The UFC light-heavyweight champion utilized his wrestling game in the championship rounds to outpoint ‘Stylebender’ at UFC 259 in March.

After his failed attempt at becoming a two-weight UFC champion, Adesanya has returned to the 185lb division to defend his title against Vettori on June 12.

In 2018, Adesanya scored a split decision win over Vettori. Bisping believes that victory will fill ‘Stylebender’ with confidence ahead of the rematch despite the fact both men have vastly improved since that bout.

“For Adesanya, he should go into this fight very confident,” Bisping said to The Schmo. “Of course, he’s already beaten Marvin Vettori. Both of them have got better. I think Vettori has got way better.

“I think for Marvin Vettori, seeing the way Blachowicz beat him has set the tone for how to beat him,” Bisping added. “I think the way to beat Adesanya is obviously take him down, but most people take him down against the fence. It’s easier [to defend] because you can lean against the wall or the fence and if you get taken down, you can use that to stand back up. What we saw against Blachowicz was Blachowicz took him down in the middle of the Octagon. The reason that’s more beneficial is you got to be a better wrestler to penetrate and drive through and put them down. To take someone down in the middle is harder but you’ll have more success against Israel is because they haven’t got the fence to lean on — they’re just going to fall over. And then when you get him down, it’s actually way harder to get back to your feet if you’re in the middle of the Octagon because you’ve got nothing to lean on.”

“I think Vettori saw that and I think he’ll come with a heavy wrestling-oriented game plan like he did against Kevin Holland, but you still got to side with the champ. I’m still leaning with the champ. He’s the champ for a reason,” Bisping concluded. (Transcribed by MMA Mania)

Do you agree with Michael Bisping? Will Marvin Vettori look to wrestle his way to victory against Israel Adesanya at UFC 263?