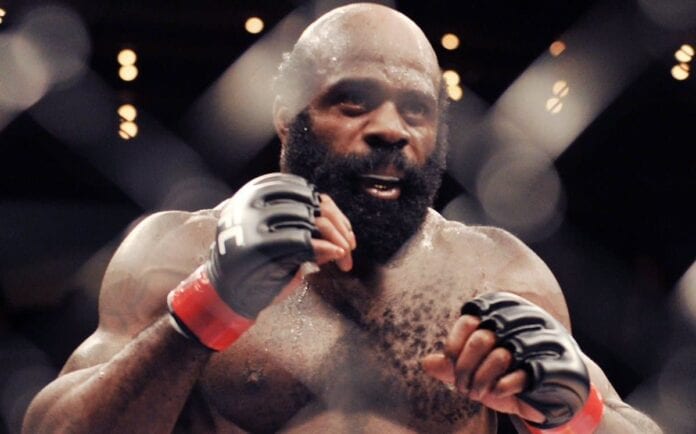 The street fighting Youtube brawler rose from the streets to become the main attraction at Bellator, with stops in the UFC and pro boxing world along the way. He was taken ill from his home in Florida to the Fort Lauderdale hospital where doctors attempted to revive the fallen warrior. They were unsuccessful, and as a result the mixed martial arts world is once again, tragically, in mourning. 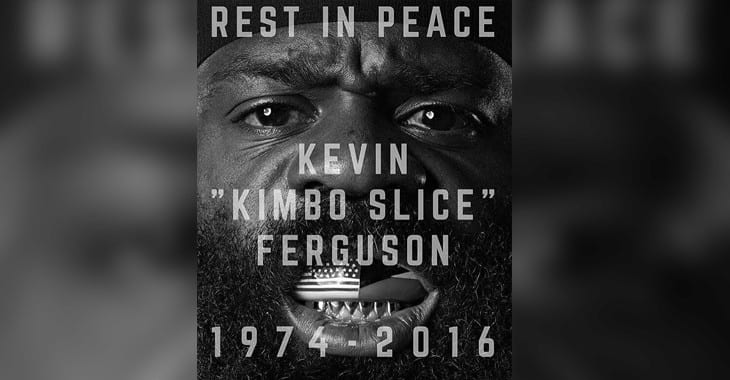 The passing of Kevin Ferguson (real name) at just 42 years of age has rocked our tight-knit community, thanks to BJPenn.com for the tribute image.

The exact circumstances surrounding Kimbo’s sudden death have not been fully revealed yet but a report on TMZ would indicate there is no suspicion of foul play:

we reached out to the Broward County Medical Examiner to find out if an autopsy would be performed.

We were told … “We were informed of his death and after review of the circumstances, we declined jurisdiction. It is not a medical examiner case.”

We asked if that meant the office believes his death is not suspicious and there’s no need for toxicology tests — to which the M.E. Chief told us, “No medical legal investigation, including toxicology is necessary.”

One of many performances in the cage, street, boxing ring and also on TV and the big screen that will make Kimbo one of the most fondly remembered fighters our era. Ask anyone who knew Kimbo Slice personally, they’ll tell you he was a kind and good hearted person who turned a tough upbringing in to a tale of success.
Once again, RIP Kimbo Slice.