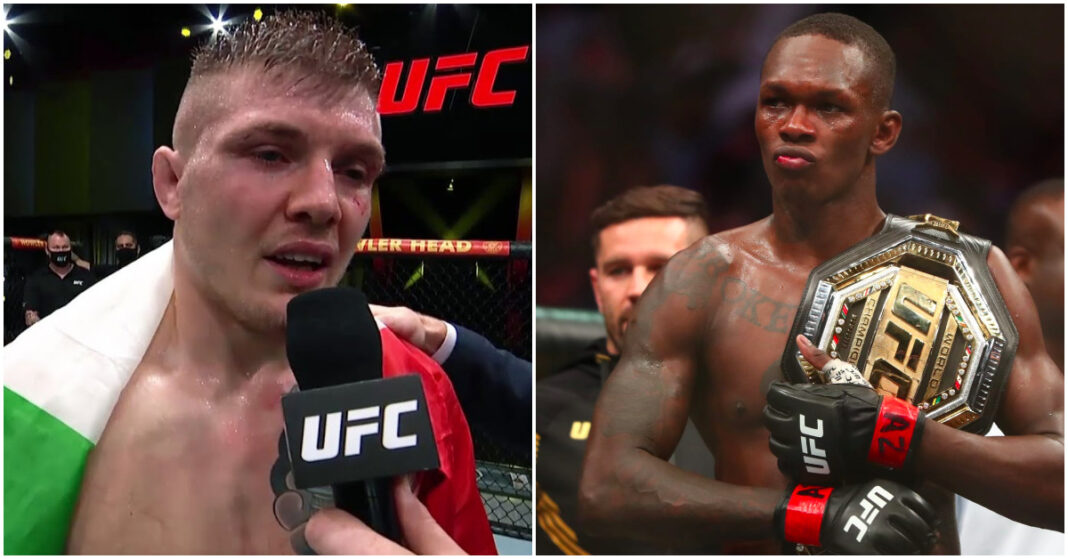 Despite being 0-2 against UFC middleweight champion Israel Adesanya and failing to win a single round in their last fight, Marvin Vettori still insists he’s the better fighter.

The two first met in 2018 where Adesanya won via split decision, although the fight was not that close. They met again this past June at UFC 263 in Phoenix where ‘The Last Stylebender’ shut out Vettori winning 50-45 on all three judges’ scorecards.

Vettori says that his mentality as a champion would be to beat up everyone that comes his way whereas Izzy likes to dance around and makes you beat him on points and fighting like that doesn’t truly make you the best.

“The way Adesanya fights, he fights like a b***h, bro, I swear. He fought me like a b***h, he fought Romero like a b***h. When he knows, like he can’t really hurt a guy or nothing, he’ll fight like, he’ll fight and run,” Vettori said to ESNews. “He’ll score, he’s like, ‘oh, you got to beat me to become the champion. His mentality is not like, ‘I’m the champion, I’m going to f**k you up. That’s my f***ing rant’. He’s thinking like, ‘Oh, I’m going to cruise, if you want to come and beat me, you’ll have to beat me’. That’s how he thinks. That to me, he can’t be pound-for-pound best.” (Transcribed by BJPenn)

Marvin Vettori Fresh Off Biggest Win Of His Career

‘The Italian Dream’ is fresh off a main event win over Paulo Costa at UFC Vegas 41 where he gained a lot of fan support in not only the fight but the events leading up to the bout.

The contest was originally scheduled to take place at middleweight, the weight class in which both fighters held a top 5 ranking. However, Costa announced he would be unable to make weight and the bout was moved to a catchweight of 195 before eventually being pushed up to the 205 pound light heavyweight limit.

Vettori was lauded for his willingness to still agree to the fight and for his sportsmanship throughout fight week as Costa was criticized for his lack thereof. He then went on to win a hard-fought battle by unanimous decision, withstanding a barrage of head and body kicks from ‘Borrachinha’.

Do you agree with Marvin Vettori?