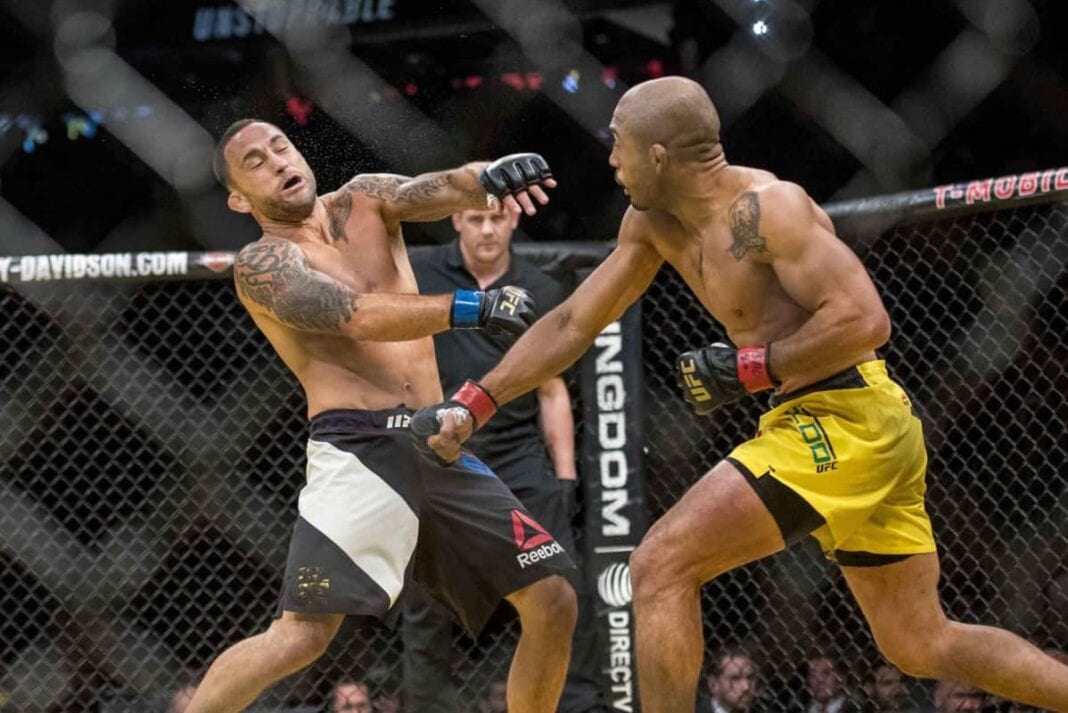 Jose Aldo made headlines earlier today (July 20, 2016) when he said that he had a spy in Frankie Edgar’s training room prior to their UFC 200 (July 9, 2016) rematch for the interim featherweight title. Aldo had shied away from using his patented leg kicks which he attributed to information he gained from the ‘spy’ and coasted to a unanimous decision victory.

Edgar’s head coach, Mark Henry, doesn’t seem to have been bothered by the claims, telling MMAFighting.com that he should have adjusted better during the fight:

“I don’t care,” Mark Henry said. “I couldn’t care less. I think we should have been able to adjust anyway.

Heading into the rematch, Edgar had won five straight with three coming by way of finish since losing a hard fought decision to Aldo back in 2013 in his 145-pound debut. Many had given the former lightweight champion a solid chance of beating “Scarface” this time around, but Edgar just didn’t seem to have the answer for Aldo, who looked as good as he ever has.

At the end of the day, Henry places most of the blame on himself. The head coach is so disappointed in himself that he hasn’t even watched the fight since, also saying that he ‘failed’ Edgar:

“I still haven’t seen it,” Henry said. “I won’t watch it unless Frankie fights him again. I just messed up. I failed Frankie. That is my honest opinion.”

Should a coach garner this much blame for a defeat, or does a fighter take some of the fault as well?