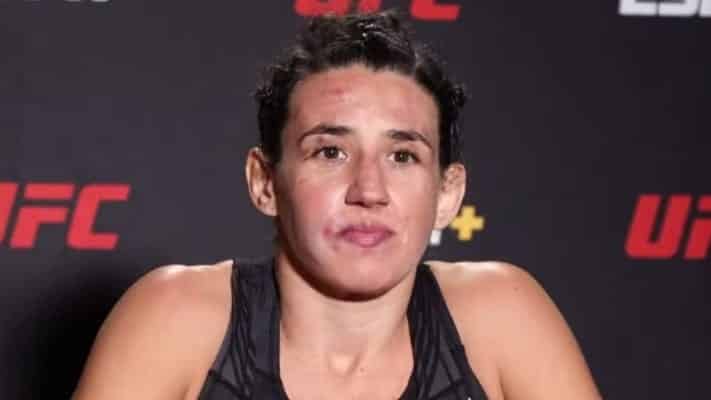 Marina Rodriguez is only targeting the top contenders in the women’s strawweight division now.

As a result, she earned arguably the biggest victory of her career while making it two wins in a row. More than anything, she was looking to put on a show and she did just that with her striking display early on.

“One of the big things was trying to control the distance without making it boring,” Rodriguez said at the post-fight press conference (via MMA Junkie). “At the end of the day that’s what we’re here for. We’re not here to put on boring fight, we’re here to entertain the fans as well.

“She did a very good job at avoiding it, so props to her. I came here to get a knockout if there was a chance and she didn’t put the chance out there. I tried to blitz as much as I could, but I couldn’t get the finish. But that’s props to her.”

Although Waterson is not ranked, she is a big name at 115.

And now that she is coming off a win over her as well as a knockout victory over Amanda Ribas, Rodriguez wants a big name in the top 15.

Two names in particular stand out to the Brazilian who is looking to stay active in 2021.

“I would like to fight a couple more times this year,” Rodriguez said. “Hoping a top-three opponent next time around. Yan (Xiaonan) is fighting (Carla) Esparza now. If she wins, that could be a very good fight. Esparza I fought already, and quite recently, so it’s not a fight I’m very excited to do. Maybe one of us gets the belt and we can fight again.

“Joanna (Jedrzejczyk) is a fight that I’ve always been looking forward (to) and I think the fans are, too. If she’s back and considering fighting again, I would be more than willing to fight her.”

Who do you think should be next for Rodriguez?