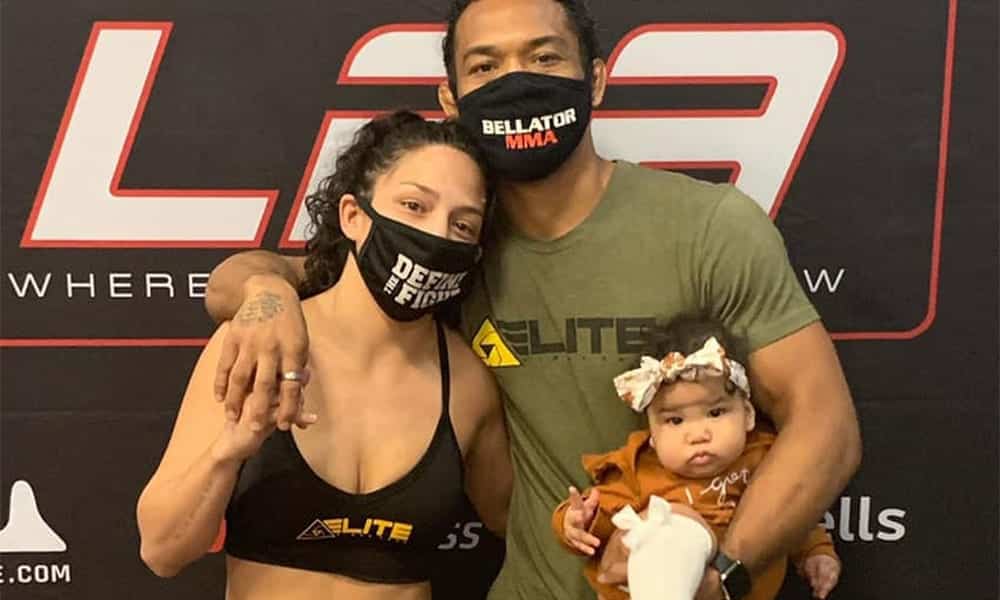 Maria Henderson showed the world that her husband isn’t the only one who can handle himself inside of the cage.

The wife of current Bellator star and former UFC lightweight champion Benson Henderson, Maria made her MMA debut on the historic LFA 100 card. The amateur strawweight bout between her and Amanda Mitchell served as the cards opening bout and both women’s debut. After three hard rounds, Henderson was named the winner by unanimous decision.

Despite her background in Brazilian jiu-jitsu, Henderson kept the fight on her feet throughout the contest. Standing in the southpaw stance, she utilized an effective body kick to keep her opponent at bay through the first round. After some words of encourage from her husband in her corner, Henderson pushed Mitchell up against the fence and worked in a number of knees in the clinch. Both fighters were noticeably tired during the third round, but dug deep to exchange big shots until the final horn. After getting the nod, Henderson spoke to Michael Chiesa about the lead-up to the fight.

“It felt great,” Henderson said. “I didn’t know where I was going to fight my first fight, but my husband was out here a couple months ago and talked to Marc, and I had my baby six months ago and it was like three months after my baby was born, and he was like, ‘I got you a fight!’ I was like, ‘Let’s go!’ LFA is a great promotion.”

When asked about where she wanted her career to go, Henderson made it clear that she is taking her fighting future step-by-step. However, that isn’t stopping her from having some fairly lofty goals.

“Obviously, the UFC would be great. I would really love to fight with my husband once. I’m biased, but I think it would be cool. They always have couples in MMA, but I plan to be a staple name like my husband, be the best pound-for-pound. I’m not in it to be an Instagram star. I want to be the best. I want to show moms out there you can do whatever you want. I had a lot of people doubting me, like I couldn’t do it because I’ve had four kids. You see moms with one kid, maybe two kids, but I have four kids, all within five years. I plan on being a staple, and I think I proved that.”

Do you think Maria Henderson could one day be a contender? Let us know!