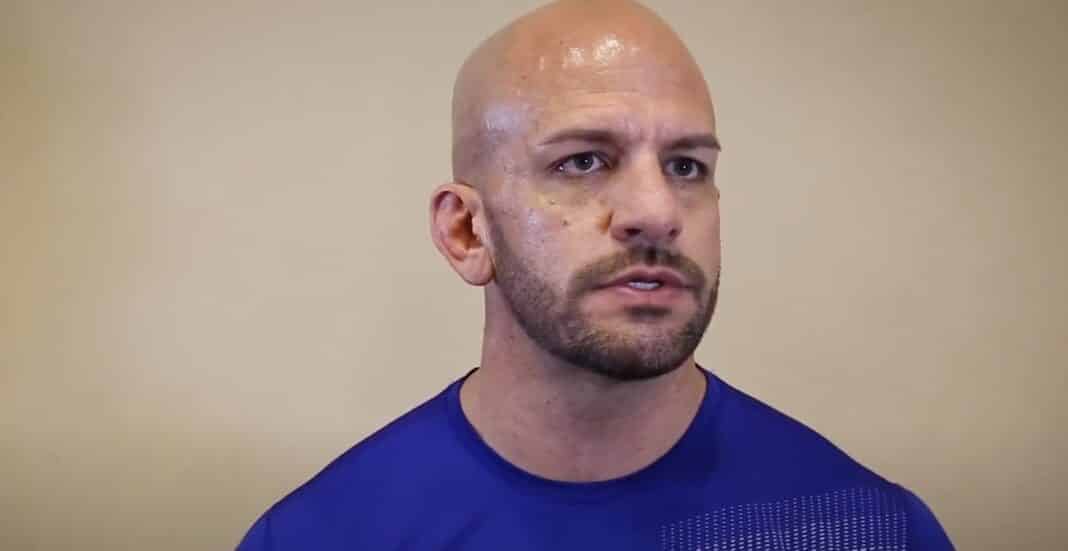 Growing up in Colorado, Marc Montoya had a fascination with boxing, but his mother didn’t permit him to train. Feeling that it was dangerous and didn’t want him to get hurt.

Marc Montoya would put his dreams of training on the backburner and had a normal childhood. He played a lot of different sports including wrestling, but the sport he excelled at was baseball.

His talent for baseball would lead to him getting a scholarship at Metropolitan State University Then after playing there for a short time, he moved to Kansas City to play for a junior college team.

After he was done playing, he would get a job in journalism working for the now closed Rocky Mountain News.

Marc Montoya wasn’t happy with where his life was going and decided to change his direction. This was when he saw Thai boxing for the first time on ESPN 2.

He was enthralled watching Muay Thai and seeing the mix of techniques the fighters were using. Then as luck would have it, there was a Muay Thai school near his home.

At this Muay Thai school he would train alongside future fighters and trainers Duane Ludwig, Dave Ruiz, and Oscar Martinez. Marc fell in love with the training and was at the gym daily developing his skills and knowledge.

After a little time training, Marc Montoya would get into contacts with gyms in Thailand. Once granted permission to train, Marc traveled to Thailand to learn from Thai coaches.

This experience would drive him to want to become a striking coach. Not just for Muay Thai, but also for MMA.

Around 2008, Marc realized that he needed to learn Jiu Jitsu in order to become an all around MMA coach. Not just a striking coach for MMA fighters.

Marc Montoya decided to put his ego aside and began learning Jiu Jitsu along with his fighters and students. This gave him a lot of respect among his students and made his team closer.

In 2010, after more than a decade of work, Marc Montoya opened his own fight gym, X Factor Muay Thai. He spent a few years training athletes on the regional scene around Colorado.

The first fighter that Marc Montoya trained that made it to the UFC was Chris Camozzi. Chris got on the Ultimate Fighter and has had stints in Glory Kickboxing and now the PFL.

After Camozzi made it to the UFC, Montoya began coaching even more top athletes. Fighters like Anthony Smith, Court McGee, James Krause, and Maycee Barber.

Marc has become one of the most successful trainers in MMA in a rather short time. He isn’t just a knowledgeable coach, but he is very conscientious of his team’s dynamic.

Marc Montoya doesn’t just let anyone into his fight team. Before he permits fighters to become part of his team, Marc puts candidates through a personality and IQ test. Much like what potential NFL rookies get put though before a team decides to draft them.

On top of this, the team votes on team captains every year to be the spiritual leaders of the team. Coach Marc Montoya has really instilled the importance of team with his fighters and it has paid off exponentially.

Not only for the fighters, but for X Factor Muay Thai as a whole. The number of UFC fighters from the team grows every year and they’re looking to win their first title.

X Factor Muay Thai has a growing number of UFC fighters within their team. Here are some of the most notable fighters that Marc Montoya coaches.

The most known fighter from Montoya’s team is Anthony “Lionheart” Smith. He came to the X Factor team in 2017 after already competing professionally for over 9 years.

Smith grew up in Nebraska and was raised by his mother and grandfather. He had a tough upbringing and would frequently get into fights throughout his childhood.

Anthony would drop out his senior year and begin working as a concrete finisher. Not satisfied with just working this job the rest of his life, Anthony began fight training.

Lionheart would have his first professional fight at 18 years old. He would go on to win his first 3 fights, but then hit a rocky start at the beginning of his career.

Going 9-7 in the first 2 years of his career. Smith would then hit his first stride as a young fighter to win his next 5 fights. Leading him to his first fight in Strikeforce that he won by KO.

Smith would suffer another loss after this putting his record at 18-11. But in normal Lionheart fashion, he would bounce back to win 7 straight and get his 2nd chance at the UFC.

This time he would win a decision and has been fighting in the promotion ever since. He would go 4-2 during his first 6 fights back with the company and 2 would be with Montoya.

Then after a move up to light heavyweight, Smith looked like a new and improved fighter. Winning 3 straight to earn a title shot against Jon Jones.

He would lose a tough decision, but could have won the title by DQ due to an illegal strike by Jones. But winning by DQ isn’t Lionheart’s style.

Smith would hit another rough patch losing 2 of his next 3, but has bounced back yet again. The veteran fighter is currently on a 3 fight win streak and close to another title shot.

Another one of Marc Montoya’s long time fighters is perennial UFC contender James Krause. The James Krause has been training in martial arts since he was 7 years old.

Starting out in karate and then taking up wrestling in high school from 2001 to 2004. Then at 19, Krause discovered MMA and immediately started training.

Krause earned an impressive 18-1 amateur career before going pro in 2007. Going 10-0 to start his career before losing 2 straight in the WEC.

After his first 2 pro losses, Krause would spend the next 5 years fighting within Bellator, Titan FC, and RFA. The time he spent within these promotions would earn him his shot in the UFC.

He would get a submission of the night bonus in his debut, but then go 2-3 in his first 5 fights. But Krause would find his groove again and win his next 6 fights.

During this time, he was also a cast member on The Ultimate Fighter: Redemption season. Winning 2 fights in the tournament, but losing in the semi-finals against Jesse Taylor.

In 2020, Krause would get his win streak snapped, losing a close decision to Trevin Giles. But has bounced back with a win in his last fight and is still on his journey to getting a title shot.

Chris Camozzi spent 10 years of his fighting career training with Montoya at X Factor. This includes his run in the UFC and also Glory kickboxing.

Camozzi competed in wrestling and rugby in high school before getting a rugby scholarship to Fort Lewis College. He would play there for a short time before dropping out and beginning his Muay Thai and BJJ training.

In 2006, Camozzi would begin his pro MMA career and win his first 7 fights. For the next 5 years, Camozzi would keep grinding and get to the UFC with a 13-3 record.

This was around the same time that he started training with Montoya at X Factor Muay Thai. During his UFC run, Camozzi would go 8-11 over an 8 year span in the UFC.

He would also go 3-2 in Glory Kickboxing, while also fighting on smaller MMA promotions. Chris is currently signed with the PFL with 2-1 record in the promotion and a 27-15 record overall in MMA.

Marc Montoya’s legacy as a coach

Marc Montoya has dedicated his life to being the best MMA coach he can be. He put in the time and has shown tremendous dedication to making X Factor Muay Thai a high level MMA gym.

Not only has he created a fantastic fight team, but developed a formula to make his team more tight knit. This formula has been proven to be highly successful with the explosion in MMA fighters Montoya trains.

Marc Montoya has build a high caliber fight team at X Factor and will look to add UFC gold to his resume.