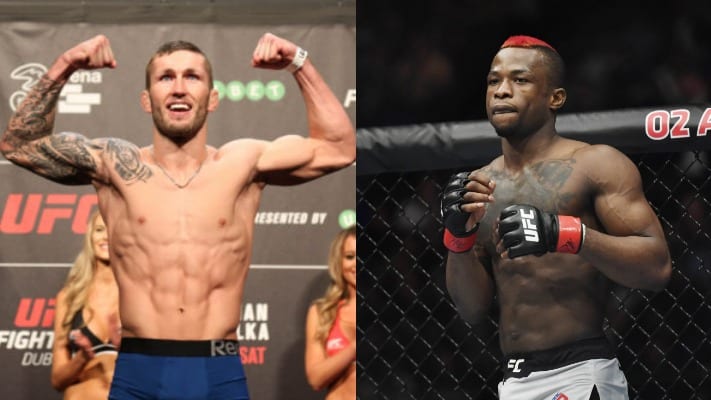 A lightweight bout between Marc Diakiese and Stevie Ray has been confirmed by the UFC.

The two 155-pounders will settle their differences at UFC London which takes place at the O2 Arena in London on March 21.

The pair have gone back-and-forth on Twitter since 2017 and will now get the opportunity to fight each other. Diakiese also had a message for Ray following the official fight announcement:

Diakiese ended a three-fight losing skid after outpointing Joseph Duffy at UFC London earlier this year. He made it two wins in a row following another unanimous decision win over Lando Vannatta at UFC Copenhagen in September.

Ray, meanwhile, got back on the win column following a split decision victory over Michael Johnson at UFC Singapore in October. In total, he is 7-4 with the UFC since signing with the promotion back in 2015.

There is no confirmed main event for UFC London but it is expected to be a welterweight showdown between former champion Tyron Woodley and Leon Edwards.

Who do you have in a Diakiese vs. Ray matchup?

Darren Till Sends Knife Crime Message 9 Years After Getting Stabbed