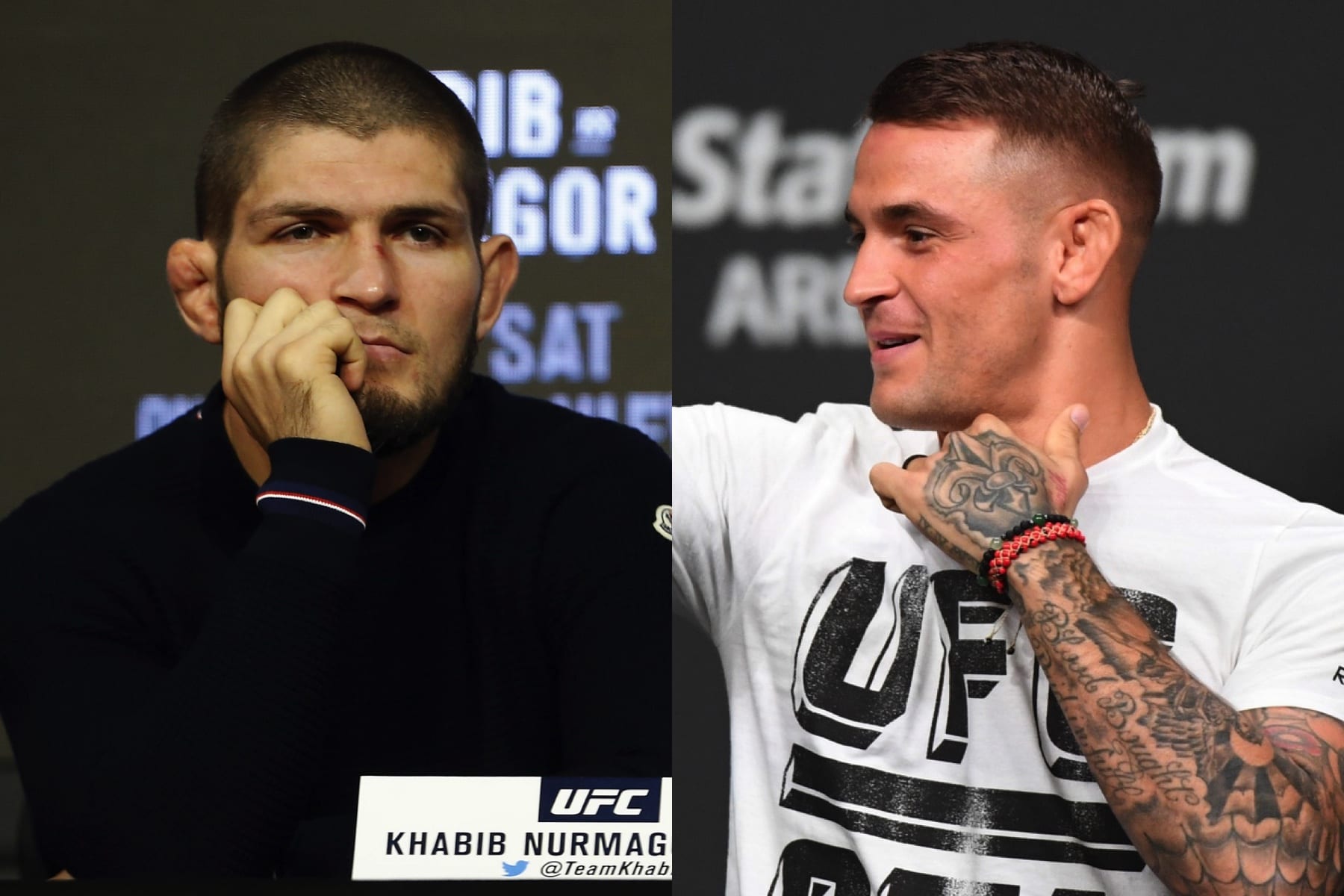 When Dustin Poirier won the interim lightweight title with a classic showing over Max Holloway at April 13’s UFC 236, he became the next challenger to champion Khabib Nurmagomedov’s title.

At least, that’s the report. The fight has been heavily rumored for September’s UFC 242 from Abu Dhabi. It hasn’t been confirmed but seems like a near certainty. The champion’s manager Ali Abdelaziz recently said there are a couple of things left to be finalized on The MMA Hour this week. The prominent MMA manager also reaffirmed Khabib wanted to fight three times this year:

“We’re working on it. We’re going through a couple things, I think it’s going well. But the fight is not finalized yet. That would be a good date for Khabib to come back. Khabib, he gave me — he wants to fight September, December, and April. These are the three dates he gave me. “

Abdelaziz opened discussed the current state of the stacked lightweight division. Despite all the worthy challengers at the top, he claimed Conor McGregor could get another title shot with just one win:

“I let the UFC know. Poirier is a great opponent. You have a lot of lightweight fights coming up. You have (Donald) Cerrone and (Tony) Ferguson coming up. You have this guy Conor (McGregor) — but it’s funny, because if Conor went out there and got a win, he might over-leap all these guys again.”

After Khabib thoroughly destroyed McGregor at UFC 229 last year, there was, of course, talk of an immediate rematch due to the bad blood involved. Khabib ultimately shut that down, however, preferring McGregor win a fight before getting another title shot. ‘The Notorious’ has not won in the Octagon since 2016. Abdelaziz stated his own belief that McGregor simply does not deserve that fight:

“It’s a promotion, right? At the end of the day, [McGregor] wanted a rematch. We said no. Khabib said no, he said it publicly: ‘No, he’s not getting a rematch. You’ve got to go out there and just get a win.’ … Everybody knows that’s the biggest money fight you can make, and the UFC’s a company to make money. Conor got a rematch every time he lost, right, outside Floyd. But in a way, I don’t think he deserves it.”

As for Poirier, Abdelaziz said he has a good relationship with ‘The Diamond’ from training. But friendship aside, he thinks Khabib is just on another level. ‘The Eagle’ will take Poirier down and finish him because of that dynamic: