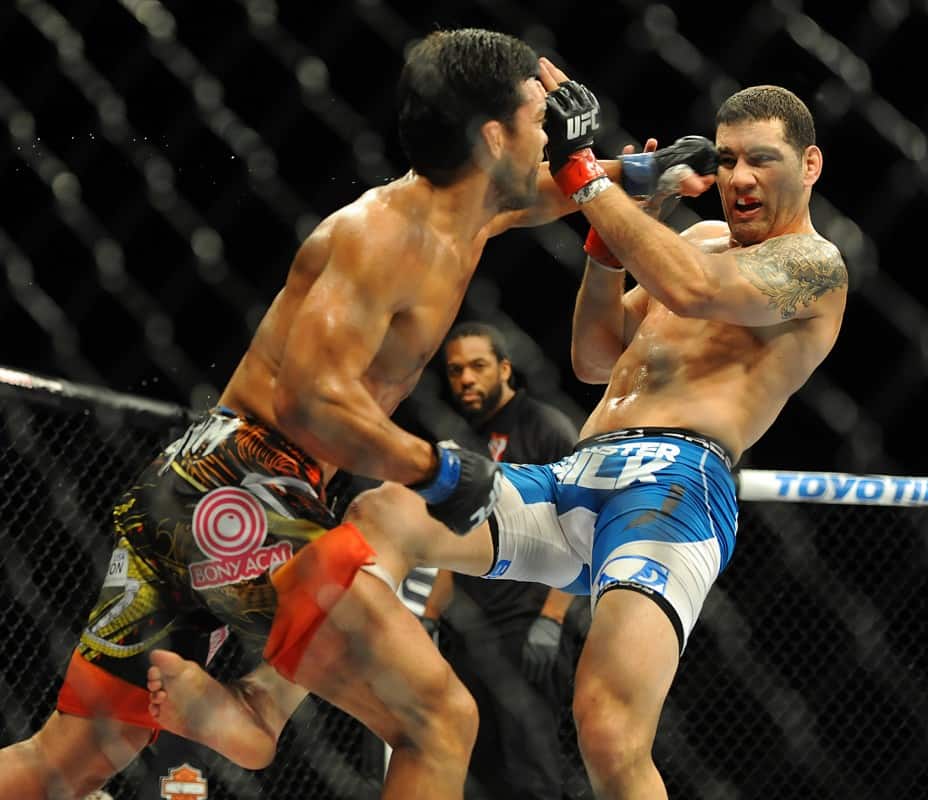 After losing a middleweight title bid to champion Chris Weidman in the main event of July 5’s UFC 175 from Las Vegas, former UFC light heavyweight champion Lyoto Machida is still without a fight.

He was rumored to be taking on No. 5-ranked Luke Rockhold at a November card from Brazil, but that fight disappeared when “Rocky” was booked opposite Michael Bisping in the main event of UFC Fight Night 55.

With a bevy of top-level middleweight match-ups set to go down in the coming months, “The Dragon” has sort of been left out in the cold. There was talk of him potentially facing No. 9-ranked CB Dollaway, and according to Ariel Helwani of UFC Tonight, that bout is now much closer to a reality than it ever has been:

READ MORE:  Daniel Cormier: ‘I Still Believe Fedor Emelianenko Is The Greatest Heavyweight Of All Time’

“I’m hearing that there have been some talks of booking Lyoto Machida vs. CB Dollaway next on December 20. I’m hearing that there have been talks of this fight happening on December 20 in Brazil, and both sides are interested. Now it’s not one hundred percent, it’s not official, but that’s the direction they’re leaning towards, at least right now.”

With consecutive wins over Francis Carmont and Cezar “Mutante” Ferreira, Dollaway has been building momentum lately. It could definitely be argued that he should have won five straight fights after he lost a very controversial split decision to Tim Boetsch at UFC 166 last October.

However, there’s not much doubt that a fight with Machida would be a huge step up in competition for “The Doberman,” and a huge step down for “The Dragon,” who’s fought a veritable who’s who of both light heavyweight and middleweight talent. With most of the top 185-pounders booked right now, Machida could potentially square off with No. 2 Ronaldo “Jacare” Souza, who’s apparently going to prepare like he has a spot in UFC 181 main event.

However, it’s unknown whether or not the Brazilian brethren would sign on to fight one another. They previously said they would not, but Machida did finally say he would fight “Jacare” if it meant getting a title shot.

So perhaps “The Dragon” will face off with Dollaway in the main event of a Fight Night card in Brazil. Machida has always been regarded as having excellent wrestling defense, and Power MMA product Dollaway has some brutal takedowns.

But “The Dragon’s” elusiveness, speed, and technical striking would probably give him a massive advantage over Dollaway, at least on paper. What do you think about this fight? Is it one you’re interesting in watching, or should Machida wait a few months to see what opportunities arise?