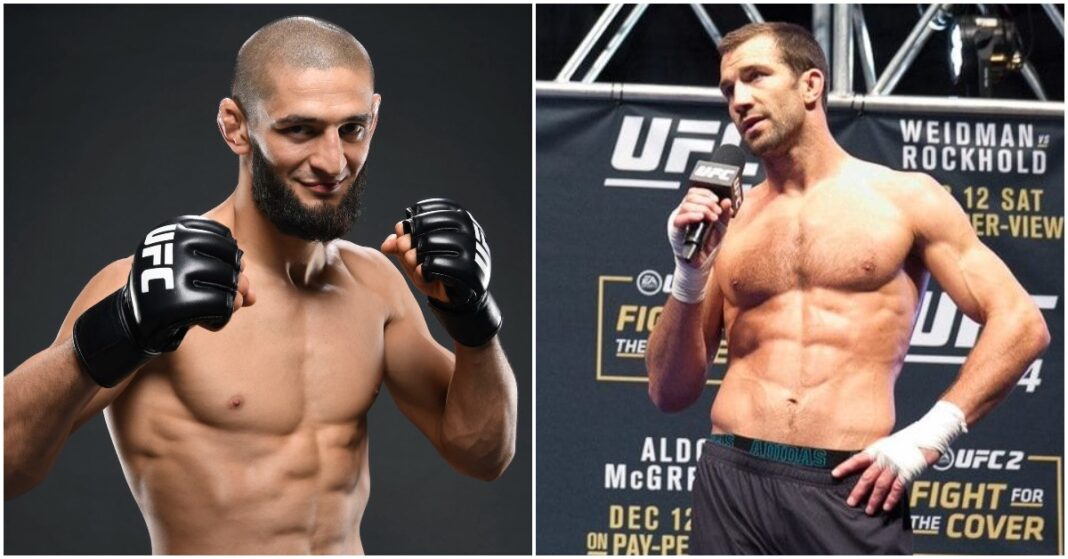 Former UFC middleweight champion Luke Rockhold has revealed that Khamzat Chimaev turned down a fight between the two men, preferring to continue his run in the welterweight division.

Rockhold has not competed in the UFC since 2019, when he had a failed venture up to light heavyweight. However, the former champ is now ready to return to his natural division. One of the potential opponents initially touted to face Rackhold was rising welterweight contender Khamzat Chimaev, who has also previously competed at 185lbs.

In a recent interview with ESPN MMA, Rockhold stated that

“Khamzat didn’t take the fight, by the way, we were set to fight,” he concluded. “He wanted to stay at 170. I think that was a wise move for him at this point.”

Whilst Luke Rockhold will not be facing Khamzat Chimaev next, he does have an oppoennt booked. Rockhold will face off against former title challenger Paulo Costa at UFC 277 in July.

Costa is currently riding a two fight losing streak, having come up short against Israel Adesanya and Marvin Vettori. For a time, it seemed likely that Costa’s future would be at light heavyweight, after he missed the weight limit by over 10lbs for the Vettori fight.

However, he will now face Rockhold, as both men attempt to rejuinate their 185lb careers. Speaking with ESPN, Rockhold discussed the fight, stating that:

“[The challenge] gets me up in the morning. I’m not here to fight bums. I’m here to fight people that have proven their worth, that gets me excited. I don’t get excited to get up and fight f—king idiots. Honestly, the Sean Strickland thing wasn’t that motivating. Paulo, he’s tested himself against the best and he’s just a f—king piece of s—t, he’s a meathead. So there’s certain parts about him that just get me excited to go correct the situation and get back on top. I want people that motivate me” (H/T MMA Mania).

How do you see Luke Rockhold vs. Paulo Costa playing out?