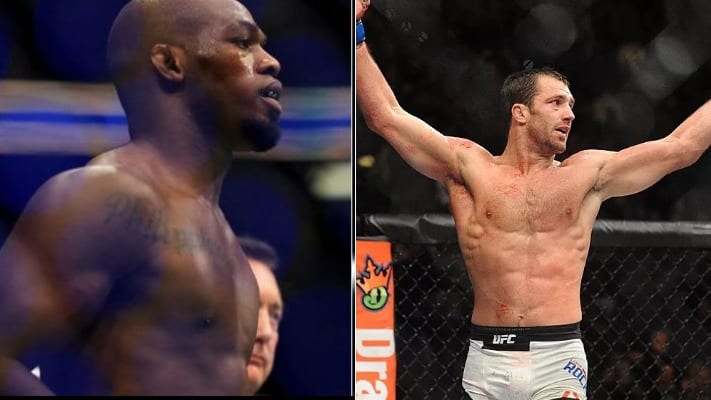 While Rockhold has his sights set on becoming a champion again, he must get past the next challenge that awaits him. According to Rockhold, if he can win at UFC 239 then he thinks he could jump the line straight into a title fight with Jones:

“Look at the division, look at the people there. I’m fighting the No. 6 ranked guy in the world. Look what’s ahead of me. There aren’t that many options for Mr. Jon Jones and I’ve proven myself in this game. I’m not looking to f—king dance around. I’m looking to go straight through. Straight to Jon,” Rockhold told MMA Fighting.

“D.C.’s got a fight coming up. He ain’t fighting that fight [against Jon Jones] any time soon. He’s got a heavyweight fight coming up. I’ll be prepared for what’s there. I’m going to go handle my business and we’re going to see where the lay of the land is. I’ll be proving myself July 6.”

Rockhold is slated to fight Jan Blachowicz in a light heavyweight bout on the main card of the UFC 239 pay-per-view (PPV) event at the T-Mobile Arena in Las Vegas, Nevada this weekend. It turns out that Jones is also slated to fight on this card as he makes his next title defense against Thiago Santos in the headliner.

The only other logical fight that Jones could take is against Daniel Cormier, who serves as the champion in the heavyweight division, for the third time. “DC” is currently tied up as he meets Stipe Miocic in a fight taking place in August.

Do you agree with Rockhold thinking he should be next in line for a fight against Jones?