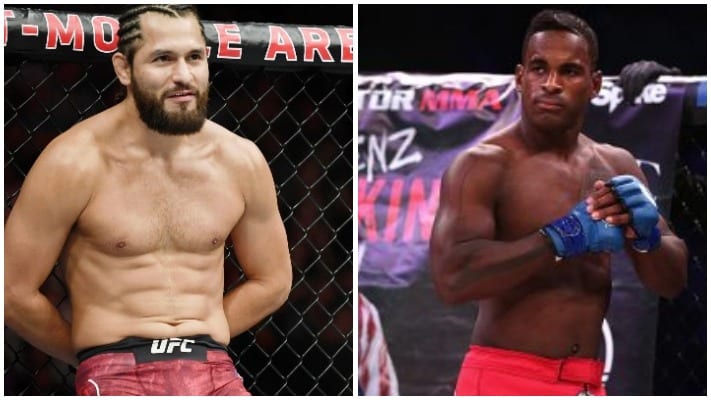 Jorge Masvidal’s rise in 2019 has been a phenomenal one and Lorenz Larkin for one, is “pumped” for his old foe.

After going on a two-fight losing streak in 2017, Masvidal has now won two in a row — both in emphatic fashion with brutal knockouts of Darren Till and Ben Askren. His popularity has risen as a result as “Gamebred” now headlines UFC 244 against Nate Diaz for the BMF belt in Madison Square Garden, New York.

And all the love and popularity he’s getting makes Larkin — who defeated Masvidal via split decision back in 2016 — happy for him:

“When I see Jorge (Masvidal) getting all the love now, I’m pumped for him,” Larkin told MMA Junkie. “I’m happy for him. It kind of shows that this MMA game, you can be on top of it, on bottom of it. It’s so funny: All it takes is one fight, and the analogy is so real as far as when people say you’re as good as your last fight, and that’s how MMA is. It doesn’t matter what you’ve done, you’re as good as your last fight.”

It’s taken a long time for Masvidal to become popular with the fans. After all, he’s been competing since 2003 and has faced a number of big names throughout his career.

For Larkin, Masvidal never got the recognition from the mainstream audience until that knockout of Askren:

“There aren’t even too many people who knew about Masvidal like that,” Larkin added. “People who really follow MMA do. Casual fans, they don’t know who Masvidal is. All it took is that one knockout. It’s just so crazy.

“Something like that could change your life. He’s been putting in the work for so long, and just fighting so many good guys, that it took a knee to get him the paycheck now that he deserves. It’s crazy.”

What do you think of Masvidal’s rise?