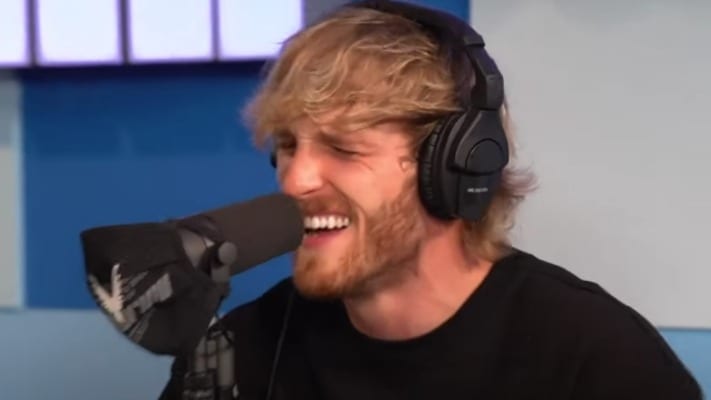 Logan Paul was shocked at the criticism directed at him from UFC president Dana White.

White recently hit out at the Paul brothers for venturing into the combat sports world with Logan set to face Floyd Mayweather in an exhibition match next month while his brother Jake is reportedly set to box Ben Askren.

“The answer to that question is, who gives a (expletive)? Neither one of those guys can fight,” White said recently when asked of the Paul brothers. “It’s all a big gimmick. Like I said in a (recent) press conference, there’s a market for that. If people are dumb enough to spend their money watching that (expletive), I don’t know what to tell you.

“Good luck to them. I (couldn’t) care less what that guy (does). I get it. He’s trying to make some money and is doing his thing. There are people who want to spend money on that. I’m not that guy.”

White was directing his criticism more towards Jake who has verbally attacked the UFC head honcho extensively on social media in recent weeks.

Logan, on the other hand, is a fan of White and the UFC and did not want to be grouped along with Jake.

“He [Jake] pissed off Dana White,” Paul said on his podcast. “Now Dana has grouped us together which sucks. I love Dana White, I love the UFC. Now Dana thinks we’re the same person.

“We’re so different. I love the UFC fights. I want to do a UFC fight one day. I’m not saying now, let me get my skills up. Dana, take me back. I’m not Jake! Please. Bro, he’s given me tickets to go to UFC fights before. F*ck! F*ck! I love Conor McGregor dude.”

Maybe White will single out Jake in the future but for now, it looks like no more free tickets for Logan.