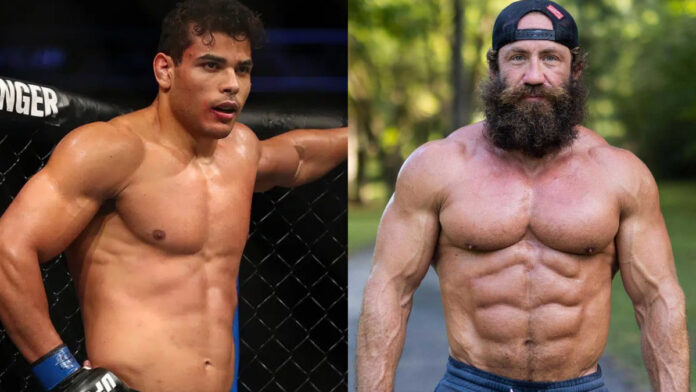 Liver King has responded to Paulo Costa’s callout with an invite.

Former UFC middleweight title challenger Costa took on former champion Luke Rockhold in his last outing at UFC 278. Costa snapped his two-fight skid when he defeated Rockhold by unanimous decision. Following the bout, Costa returned to training at the UFC Performance Institute in Las Vegas, Nevada, where he has been staying for a while.

Fitness influencer Liver King likes to attend mixed martial arts events and frequents UFC shows. He was in attendance during the International Fight Week card of UFC 276 in July and recently returned for another three shows.

Costa took to his Instagram to challenge Liver King in a short video. He declared that he had better abs than King and wanted him to compete in something he didn’t specify.

“What’s up Liver King? What the f*ck, where you at? I’m here in my house, Las Vegas,” Costa said. “Look at these abs, better than yours. Where are you at? Are you hiding? I’m waiting for you for the competition. I will beat you Liver King.”

“Where are u at @liverking ? I’m angry against everyone no one is safely Mtfk,” he captioned the clip.

Liver King responded to Costa with an invite to the cave

King issued his response in the comments. Although his message was fiery, he extended an invitation to Costa to visit his cave for a feast.

“Liver King flew to your house last week,” King said. “Searched for you at 3 different fight events… but you were nowhere to be found … when you’re ready, I’ll be waiting in my cave… with Liver and a whole feast – LK (the undisputed champion) out!”

It’s unclear what their rivalry is about but it’s likely just for entertainment if not a dispute over who has the best take on getting fit, eating raw meat, or drinking the secret juice.