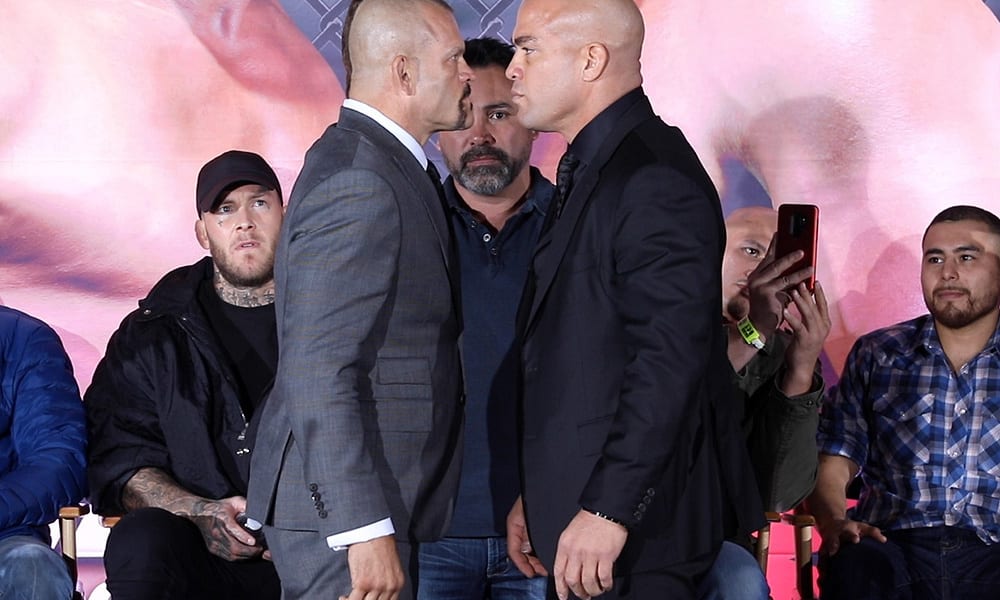 The legendary feud between former UFC light heavyweight champions Chuck Liddell and Tito Ortiz will receive an ESPN ’30 For 30′ special.

ESPN’s ’30 For 30′ account made the news official on Twitter with a video advertisement that included Ortiz and Liddell. Check it out here:

Liddell and Ortiz have put on some historic fights inside the cage. They first squared off at UFC 47 in 2004. Liddell finished “The Huntington Beach Bad Boy” in the first round with a knockout. “The Iceman” went on to capture the 205-pound strap, and eventually defended it against Ortiz at UFC 66.

While he was able to put up a much better fight this time around, Ortiz was again finished by Liddell. This time in the third round via TKO. Over 10 years later, Liddell and Ortiz decided to fight one more time.

They headlined Oscar De La Hoya’s first-ever Golden Boy Promotions MMA event. Ortiz finally got his first win over Liddell in the contest. While the argument could be made Liddell never should have been licensed to fight, Ortiz still won with a first-round knockout.

Liddell’s days of fighting are likely done, but Ortiz still seems like he has some fight in him. With that being said, it will be interesting to see how ESPN presents one of the greatest rivalries in the history of the UFC.

EXCLUSIVE | Ian Garry Is Embracing Change Ahead Of His UFC Debut