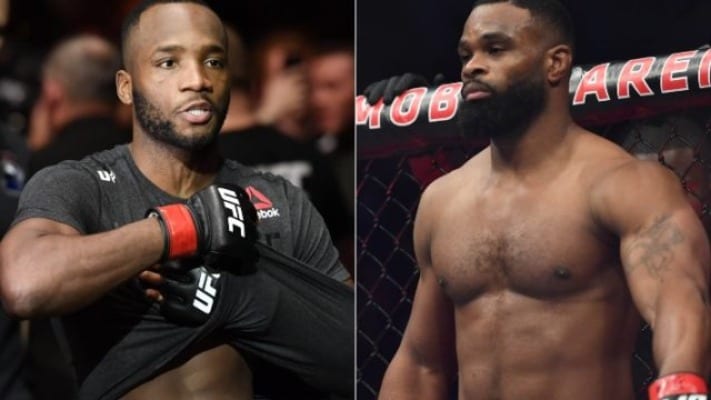 Leon Edwards will not be competing against Tyron Woodley next weekend.

The pair of welterweights were originally supposed to collide in the main event of UFC London on March 21.

However, with the current coronavirus outbreak, sporting events have been suspended in the United Kingdom while travel restrictions have also been imposed. As a result, it was announced that UFC London would be relocated to the United States.

But even then, it would have been a huge ask for Edwards to travel to the United States on such short notice along with the current restrictions on U.K. citizens. And so, “Rocky” announced Sunday on Instagram that he wouldn’t be able to make the fight:

“Last night I went to sleep still with some hope that UFC London would continue next week.  I woke up this morning to the news that it won’t be.  We have been working with the UFC on possible solutions to keep the fight alive, but unfortunately with such a short window of time, nothing was viable.  Myself and my team are all fathers, husbands, sons and brothers, and not all of us can leave our families right now.  I wish we could have found a way for the fans, I truly do.

“I have been dreaming of headlining a UFC show in my home country since I started this sport.  This cancellation is truly heartbreaking.  I have never worked harder and never been more prepared for the biggest moment in my career.  But I know that the whole world is hurting right now and this is bigger than me, this is bigger than sports.  All I can hope for is  that all of you stay safe and look after each other as we get past this and move forward.

“I am humbled by the thousands of messages of support I have received in the hours since the announcement, I truly appreciate you all and feel a lot of love right now.  I look forward to this event being rebooked when it is safe to do so, so Tyron and I can put on the show that you all deserve. Please take care, we will all get through is. Rocky.”

At this point, there is no update on what the status of the event is.

What do you think the UFC should do?