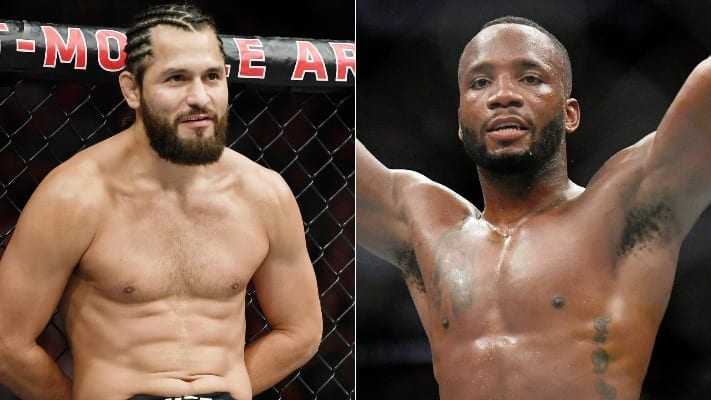 Leon Edwards has set his sights on Jorge Masvidal.

Edwards was set to collide with Khamzat Chimaev in a highly-anticipated welterweight bout rescheduled for the January 20 headliner in Yas Island, Abu Dhabi.

However, it was unfortunately revealed on Tuesday that the fight was off. No reason has been disclosed as of yet, but it is understood to be an issue from Chimaev’s camp.

It marks the second time a bout between the pair has been canceled after their initial UFC Vegas 17 headliner on December 19 was scrapped after Edwards tested positive for COVID-19.

Edwards was sympathetic as he wished Chimaev well but maintained that he wanted to fight on that date regardless of the opponent.

“Rest up Khamzat, i’m sure ill see you soon. But I want to fight January 20th on the island @danawhite @seanshelby @ufc lets make it happen”

He then called out Masvidal soon after.

“Where that b*tch Jorge at?”

The history between Edwards and Masvidal is well-documented after their infamous altercation backstage at UFC London last year with many eager to see them collide in the Octagon.

It’s yet to come to fruition since and while it’s highly unlikely Masvidal would compete on short notice when there’s no title involved, perhaps now is as good a time as ever to settle the score.

We’ll just have to wait and see what transpires in the coming days.

Who do you think Edwards will face on short notice?