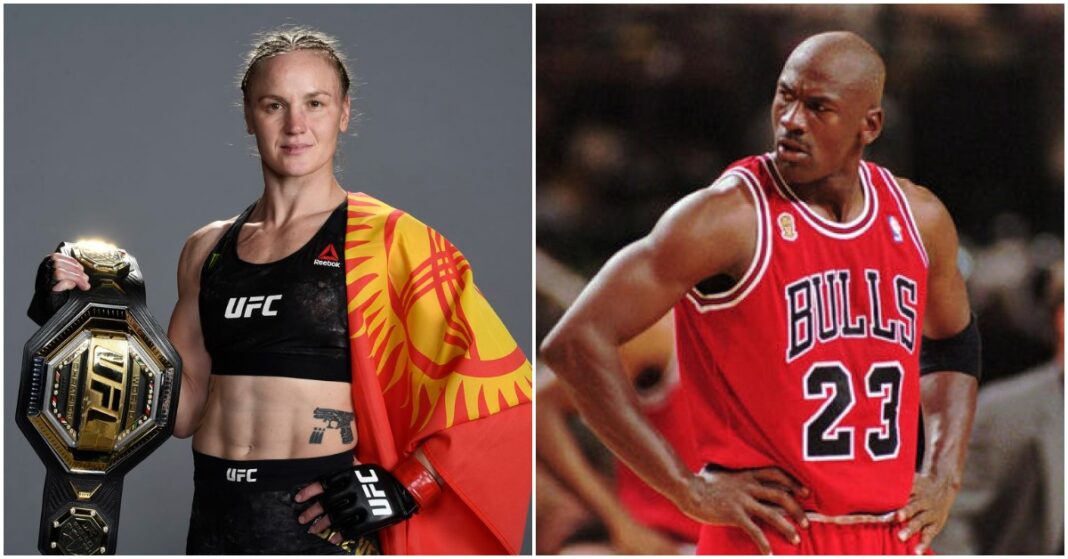 Valentina Shevchenko has received high praise from her last opponent, Lauren Murphy, who she dominated, dismantled and dispatched of at UFC 266.

During a recent interview with MMA Fighting, Murphy spoke about facing off against the “incredible” UFC flyweight champion who she compared to legendary basketball player, Michael Jordan.

“She was incredible,” Murphy said of Shevchenko. “It was pretty crazy to be in there with somebody at that level because I’ve never truly competed with anybody that level before. I don’t remember the fourth round, really, so I guess that’s pretty good.

“It’s a bummer to lose, and that’s the first time I had ever been finished,” Murphy added. “I think it was a good stoppage, I was pretty out of it by the time the ref pulled her off of me. It’s definitely not the outcome we wanted but, to be honest with you, it was pretty cool to be in there with a martial artist of her caliber. That’s a pretty cool experience. That must be what it’s like to go play one-on-one with Michael Jordan, or that’s how guys felt when they were competing with Khabib [Nurmagomedov], because it really was, ‘Holy sh*t, this girl is really on another level.’”

Murphy realised in the first round that the fight with Shevchenko probably wasn’t going to go her way.

“We got into the fight and in the first round, one of the very first exchanges, Valentina cracked me with a right hook, I think, and I remember thinking, ‘I’m not gonna be tough through that. That’s gonna hurt me.’ Nope, being tough was a bad idea, that’s was a bad game plan,” Murphy explained. “I couldn’t see it coming at me and that was the big problem. If you get hit by a strike that you see, that’s one thing, but for it to come out of nowhere, that was something else.

‘Lucky’ expects Shevchenko to hold the 125lb strap for as long as she wants to.

“When I had walked out, I enjoyed the walkout, when we were being introduced, I didn’t feel too many nerves,” Murphy said. “That was all a good experience, but once the fight started, the skill level, it was just like, man, I can’t match this. When you get into a situation like that, what can you do? I fought my best, there’s nothing I could even feel bad about because we overcame all these challenges and gave it hell.

“It sucks to lose, but did I give it everything? Yeah, I think I did. Is Valentina head and shoulders above everybody in the division right now? Probably so. I can’t see anyone becoming champion while she decides to continue being the champion.”

Do you think Lauren Murphy is right to compare Valentina Shevchenko to Michael Jordan?