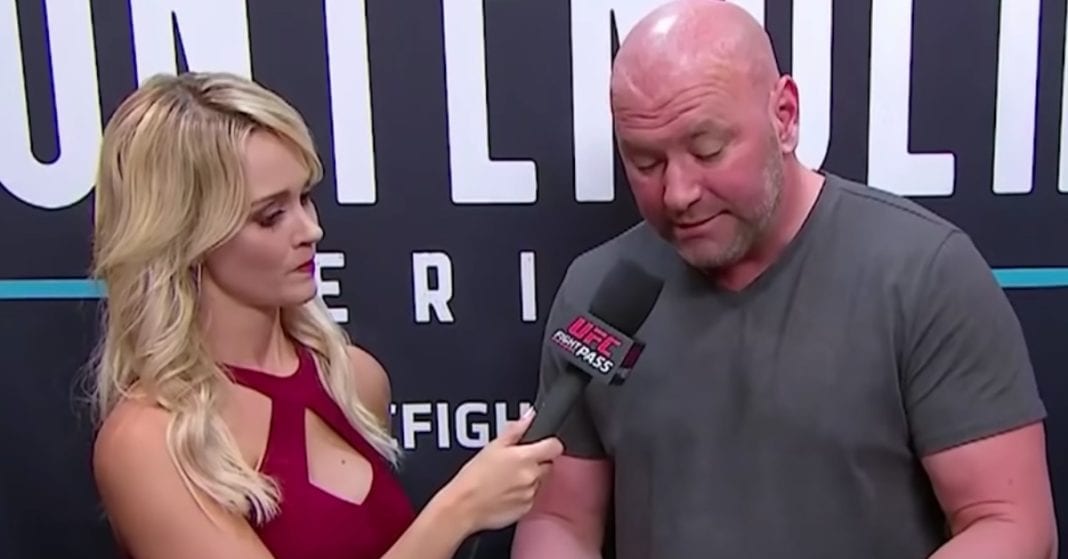 Laura Sanko is slowly becoming a household name in the world of mixed martial arts (MMA), but she is only aiming higher.

Sanko currently serves as a reporter for the UFC as she interviews fighters (mainly on Dana White’s Contender Series), does social media work and provides information on the commentary booth during walkouts on occasion.

However, the former MMA fighter is looking to make the latter a more permanent fixture as her long-term goal is to become the promotion’s first female color commentator.

“My dream would be to eventually be part of that booth,” Sanko told MMA Junkie. “One of the things that’s kind of allowed me to succeed in this job despite no broadcasting training whatsoever, is I do really understand the fight game. Over the years, I feel like behind the scenes, in production meeting and even just hanging out, I’ve been able to kind of demonstrate to all of the guys, whether it’s Paul (Felder) or Dominick (Cruz) or (Michael) Bisping, that I really do what the hell I’m talking about. My hope is that one day I can have a little bit, even more of a voice there. But any amount of time I can spend there talking to those guys is pretty awesome.”

Of course, there is plenty of competition if Sanko is to get that role.

And while she doesn’t plan on achieving it anytime soon, it is certainly something she aspires to do in the future.

“I would love that,” Sanko said. “That is definitely a goal. I don’t think it’s one that’s necessarily going to happen anytime soon, but it’s one I’m working toward and I hope one day to make that come to fruition. It’s tough, though. The hurdles that are in my way are not necessarily one people would assume, like, ‘Oh, they don’t want a woman.’ That’s not the case. I think they really like to have former UFC fighters there and I think they really like to have higher profile UFC fighters there, so that’s one thing that doesn’t happen on my resume.

“I like to think that over my years with the UFC, with Contender Series I’ve shown my fight knowledge over the interviews I do. I can tell that over time people have started to realize I do really understand the game and can provide on the spot analysis of what’s happening in a fight.”

What do you make of Sanko as a potential UFC commentator?