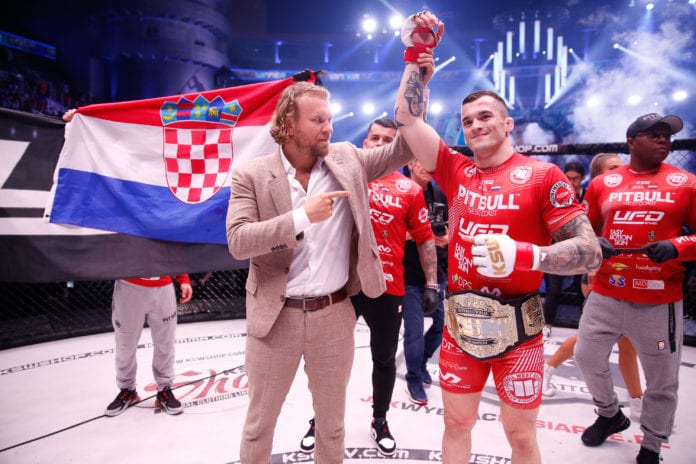 KSW has become the lastest MMA promotion to be impacted by the ongoing coronavirus outbreak.

In a press release sent out today the Polish-based promotion has confirmed that due to the ongoing crisis its upcoming show KSW 53, will not proceed as planned. The event is scheduled to take place on March 21 inside the Atlas Arena in Lodz, Poland. Poland, like the majority of countries around the world, is starting to see an uptick in coronavirus cases.

“The highest security standards are always the highest priority for the KSW Federation. Given a thoughtful consideration to the authorities’ recommendations, we have decided that KSW 53: Fight Code will not take place in the previously planned form. ” said KSW’s co-owners Maciej Kawulski and Martin Lewandowski.

The company has not yet canceled the event, giving fans hope that KSW 53 will still take place, but behind closed doors. The company will release further information in the coming hours.

KSW is not the first MMA promotion to have been affected by the coronavirus.ONE Championship, and Combate Americas have recently been forced to either reschedule or hold cards behind closed doors.

If the outbreak continues and shows no signs of abating, other promotions such as the UFC and Bellator could soon find themselves having to make their own adjustments.

UFC 249 is scheduled to take place on April 18 inside New York’s Barclays Center. The venue could become problematic due to the ongoing spread of the virus in the region.

MMA fans will be hoping that whatever happens, the Nurmagomedov – Ferguson still goes ahead, with or without a crowd present.