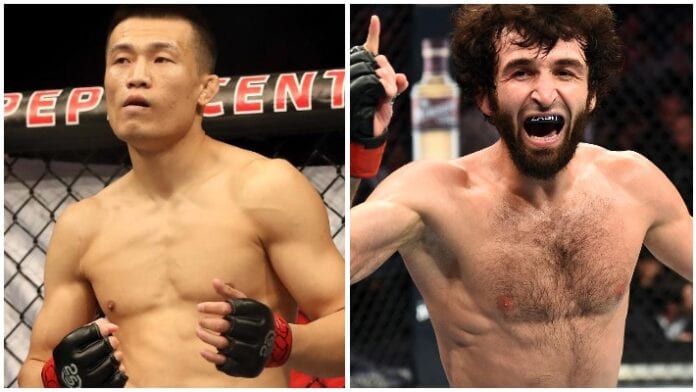 ‘Korean Zombie’ hopes to get back into title contention in 2021 after a dominant loss at the hands of Brian Ortega in October.

In an interview with MMA Junkie, Chan Sung Jung reflected on his defeat to ‘T-City’ which was the toughest of his career.

“It was honestly the most mentally challenging fight of my career,” Jung said via translator. “Physically, it was also very challenging, and my ego was struck down too. Luckily, I didn’t have any injuries. My two-week quarantine once I returned home to Korea made me very focused on the future.”

‘Korean Zombie’ was defeated but is not disheartened. The fan favourite is already eyeing up another big fight with Zabit Magomedsharipov and hopes the pair will square off in the early months of 2021.

“I want Zabit (Magomedsharipov),” Jung said. “That’s the fight that’s going to get me closest to a title shot. More than that, I want to once again try to prove myself against one of the hottest fighters in the division and prove that I’m still capable of competing at the highest level. Of course, I would understand if he doesn’t want to fight me.”

Magomedsharipov hasn’t competed since November 2019. His long talked about fight with Yair Rodriguez seems to be off the table. UFC president Dana White recently hinted that Rodriguez would not be returning to the Octagon for some time. ‘Korean Zombie’ isn’t convinced the Russian will accept a fight with him and tried to talk up the potential match-up as the interview progressed.

“This is a fight that would bring the fans to their feet,” Jung said. “(He) and I are both entertainers and extremely competitive, so I think he’d like to step in the octagon with me. A win for both of us would mean a lot for our careers, and it would be an amazing match. The ball is in Zabit’s court; I want this fight to kick off 2021.”

Do you think Zabit Magomedsharipov will accept a fight with ‘Korean Zombie’?