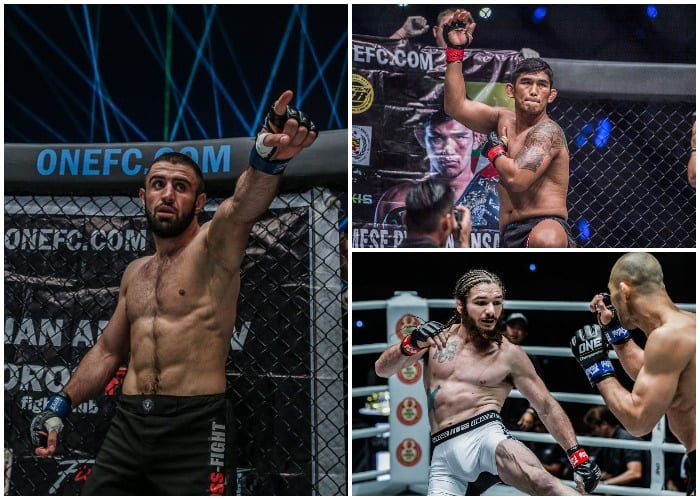 ONE Welterweight Champion Kiamrian Abbasov has told the company’s matchmakers that when fighting resumes, he only wants to “face the best ” the promotion has to offer.

The 26-year-old Kyrgyzstani captured the title last October after getting the nod from the judges following a grueling five-round affair with the division’s former king Zebaztian Kadestam.

After an extended layoff due to the coronavirus, Abbasov is now eager to return combat and begin building his championship legacy.

” I’m ready to get back to full training after this amazing rest. When I hit the gym this time, I’m going to work without ever stopping,” Abbasov said in a media release.

Abbasov has already set his sights on welterweight rival James Nakashima, and ONE Middleweight Champion Aung La N Sang as the two men he wants to face next.

“I’m willing to defend the World Title against anybody, but I think James Nakashima deserves a shot because he’s undefeated and is highly-regarded. He’s a great athlete and I have no doubt we will have a great fight,” Abbasov commented.

“I’ve also talked to my team and we believe we can go up in weight and challenge for the ONE Middleweight World Title. That’s a fight I’m very much looking forward to if we can make it happen.”

A fight against Aung La is unlikely to take place anytime soon. The Sanford MMA fighter is scheduled to face Russia’s Vitaly Bigdash next, and has also said that if Abbasov wants a shot at the middleweight strap, he first needs to rack up some wins in the division.

On the other hand, a matchup with Nakashima looks a distinct possibility. The former LFA Welterweight Champion is 12-0 in his professional career and 3-0 with ONE. A grappler by trade Nakashima’s striking has improved leaps and bounds since he began spending time in Italy training under elite kickboxer Giorgio Petrosyan.

The American also holds a recent TKO victory over Luis Santos, the last person to have defeated Abbasov. A title fight between Abbasov and Nakashima would make for compelling viewing. So far, no one has been able to figure out how to overcome Nakashima’s relentless pressure, but Abbasov appears to have the tools to do so.

For Abbasov, it’s a wait-and-see game as to when ONE Championship returns, but as soon as the promotion gets the green light to stage events, Abbasov promises he will be primed and prepared to fight,

” I’m just ready to go, and I can face anybody; it’s all the same. I’m looking forward to setting that date and defeating my next opponent.”

Who do you think Abbasov should face first?