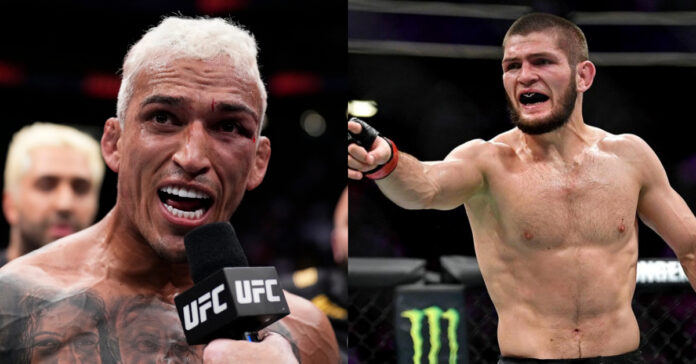 Khabib Nurmagomedov has clapped back at Charles Oliveira for his criticism.

The lightweight top contender will finally get his shot to claim the gold back against Islam Makhachev at UFC 280 on Oct. 22 at Etihad Arena in Abu Dhabi, United Arab Emirates. Going into the bout, Oliveira criticized Makhachev and his team for being “arrogant.” Makhachev’s mentor, Khabib, backed his protege to come out on top of the contest and had previously bashed “do Bronx” for his losses in the promotion.

During a recent appearance at his own promotion’s event, Eagle FC, Khabib was interviewed by Sambo Says.

“First of all, how can you disparage the man who won the Fighter of the Year award in 2022?” he said (ht Middle Easy). “So no one is disparaging him. 11 fights in a row he has won with so many finishes,” Nurmagomedov said. “I think it is silly to think we’re underestimating this fight. This is a very hard fight first of all.

“I think he also wants to hit his opponent in the face and use his kicks, knees, punches, and elbows. Right? He wants to choke his opponent out, break their bones, etc. That’s the reason we step into the Octagon right? So what is that not arrogance from his side? That he wants to beat Islam Makhachev? Am I right?”

Khabib believes Oliveira is starting to feel the pressure

Khabib theorized that Oliveira may be starting to crumble under the pressure of the highly-anticipated matchup. He compared his previous opponents and juxtaposed their records with Makhachev, showing the contrast in their resumes.

“What we’re talking about is true right? So tell me who offended him?” he added. “Not Ali, not myself, no one insulted him. Definitely not Islam, he has never insulted anyone I don’t see any kind of arrogance here. I simply think he’s starting to feel the pressure of the fight. You know when you’re trying to fight someone, for example, someone like Gaethje, or Chandler or Poireir you know that they have already lost in the past. You can see their pluses and minuses and you can identify the “switch” in their fight that leads them to victory or defeat.

“So what I believe, and this is solely my point of view, is he may consider this arrogance as well but it doesn’t matter, it appears to me that he looks at Islam and can’t find that “switch” so because of that he gets nervous. He starts to talk about this so-called arrogance and so on but who does this really concern? On October 22 he steps into the cage and we plan on finishing him whether he likes it or not.”

How do you think Khabib Nurmagomedov’s protegee will fair against Charles Oliveira? 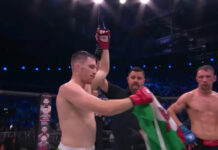