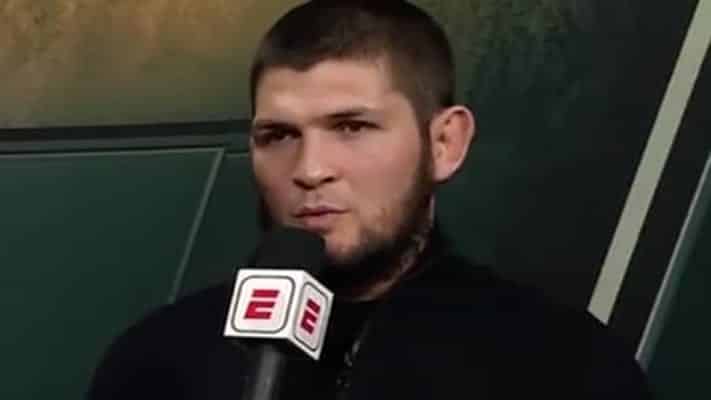 If it wasn’t clear enough, it was made clear this week — Khabib Nurmagomedov is retired.

That is despite UFC president Dana White‘s best efforts to persuade him out of retirement only to give up and announce himself that “The Eagle” would no longer compete.

Of course, Nurmagomedov retired in October after submitting Justin Gaethje in their lightweight title fight. The main reason for that was because of a promise he made to his mother that it would be his last fight following the death of his father Abdulmanap a few months earlier.

Later on, Nurmagomedov would claim none of the lightweights were on his level. And speaking to Megan Olivi after UFC Vegas 22 last night, the former lightweight champion further explained why is no longer fighting.

“It’s hard when you have power, when you’re the best in the world, when you’re famous, when you have money [to say no to things],” Nurmagomedov explained. “This is very hard. People are maybe never gonna understand me, but i really hope they’re gonna support my decision.

“Everybody have their views and my view and my relationship with my mother — I feel I have to stop. Because I feel like in every fight, every training camp, this takes some age off my mother. … I come to this sport to show who I am. To become the best, I’m world champion, I’m pound-for-pound number one, I defend my title three times, I win biggest fight in UFC history. What else? Only money fights but I don’t need money fights.”

What do you think of Nurmagomedov’s reasons?