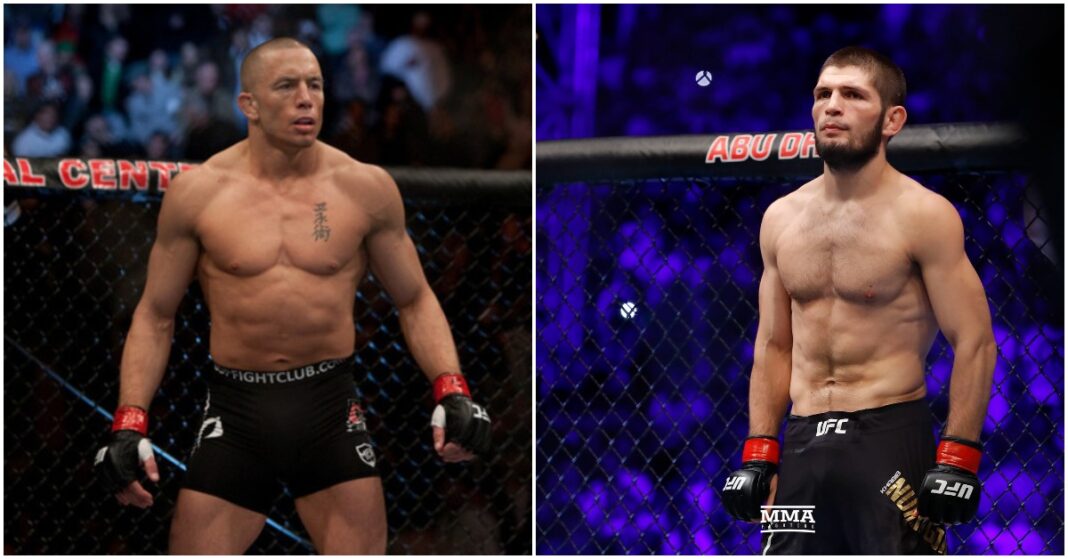 Former Lightweight champion Khabib Nurmagomedov explained what made Georges St-Pierre such a special fighter and possibly the greatest of all time.

Many people have dreampt of matching ‘The Eagle’ and ‘GSP’ against each other, and many believed it was going to be the fight to pull both fighters out of retirement. Nurmagomedov retired with a perfect 29-0 record, while St-Pierre ended his career with a 26-2 record. ‘GSP’ avenged both of his losses, and went on to become a two division champ.

Both fighters are known to be the greatest of their respective divisions and both are mentioned as possibly being the best fighter to ever step inside the octagon.

“”I think he was first fighter who become a well rounded fighter. He can strike, he can wrestle, he can take you down, he can hold you there, he can give crazy ground and pound. He can do a lot of submission. My opinion on that time, he was like first in UFC. You know he represents real mixed martial arts.“

Nurmagomedov and St-Pierre are both polarizing figures inside the octagon that mostly every single fan admires. Nurmagomedov even said he learned a lot from watching ‘GSP’s ground and pound game. St-Pierre’s ability to beat you anywhere was such an amazing skill he had and was what made him dangerous in so many different aspects of the fight.

Who do you think would have won in a bout between ‘GSP’ and Khabib?