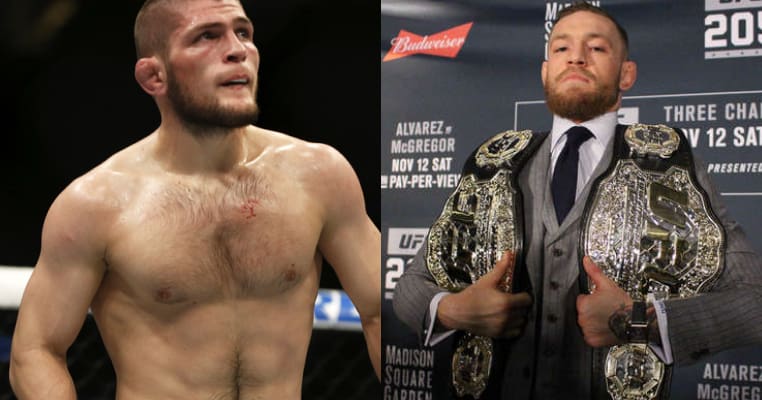 By defeating Eddie Alvarez at UFC 205, Conor McGregor blew the lid on the possibilities in mixed martial arts. Already a record-breaking force to be reckoned with, the Irish striker put an unquestionably dominant stamp on his New York title fight. Already holding the featherweight belt from the year previous, the infamous trash talking boxer smashed the holiest of UFC achievements. Although he’s not yet defended a belt, McGregor carved a path for a number of massive fights in multiple weight classes.

Then came his big announcement after UFC 205, and it wasn’t retirement. To the contrary, ‘The Notorious’ said he wanted time off to care for Dee Devlin during her pregnancy, but aims to return and defend both belts. Conflicting reports would indicate the Irishman will in fact be stripped of the 145-pound belt. Should these turn out to be true, then surely the focus shifts to the lightweight division for McGregor’s immediate future.

When discussing potential contenders at 155 pounds, two stand out above the rest; Khabib Nurmagomedov and Tony Ferguson. Arguably it could go either way, but currently 24-0 and fresh off a demolition of Michael Johnson, ‘The Eagle’ believes he should be next in line. Talking with TMZ Sports, the dominant wrestler said he will toy with Conor McGregor for five rounds:

“I want to finish his hype. I don’t care about money, I have money, but now I want the belt. I want to talk in his ear, slap him and make him nervous. Then I want to let him stand up, ask him ‘Where is your boxing?’ then slap him more. I don’t want to finish him early, I’d rather fight for 25 minutes with him.”

Nurmagomedov then discussed the incident with McGregor after the UFC 205 weigh-ins. ‘The Notorious’ was filmed spitting insults at ‘The Eagle’ after the scales show, and Khabib says the Irishman should be careful: 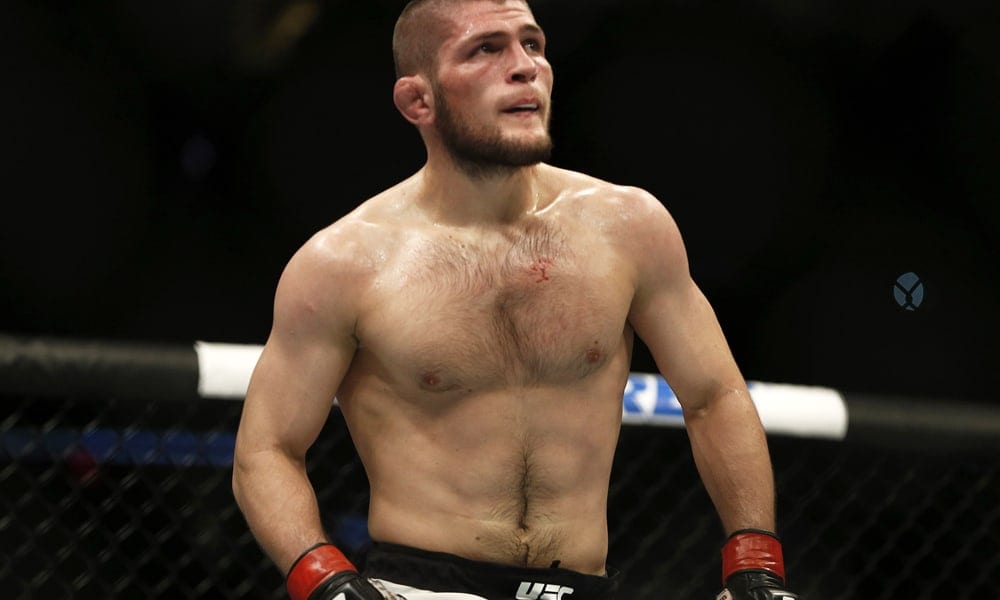 “He watched me at weigh-ins, McGregor was looking at me all crazy. I asked him ‘what you want?’ I saw how he was with Tyron Woodley, but I’m not Tyron Woodley or Eddie Alvarez, I’m different. If somebody watch me like crazy, I can go crazy too. There was a lot of security coming, I watched his eyes, he was saying ‘what?’ but he did nothing. Of course (I was ready to go right there). I’m ready to go anytime, I had a lot of street fights, back when I was amateur I had many street fights. Now I’m a UFC fighter, I have to warn people to be careful, I don’t do it anymore. “