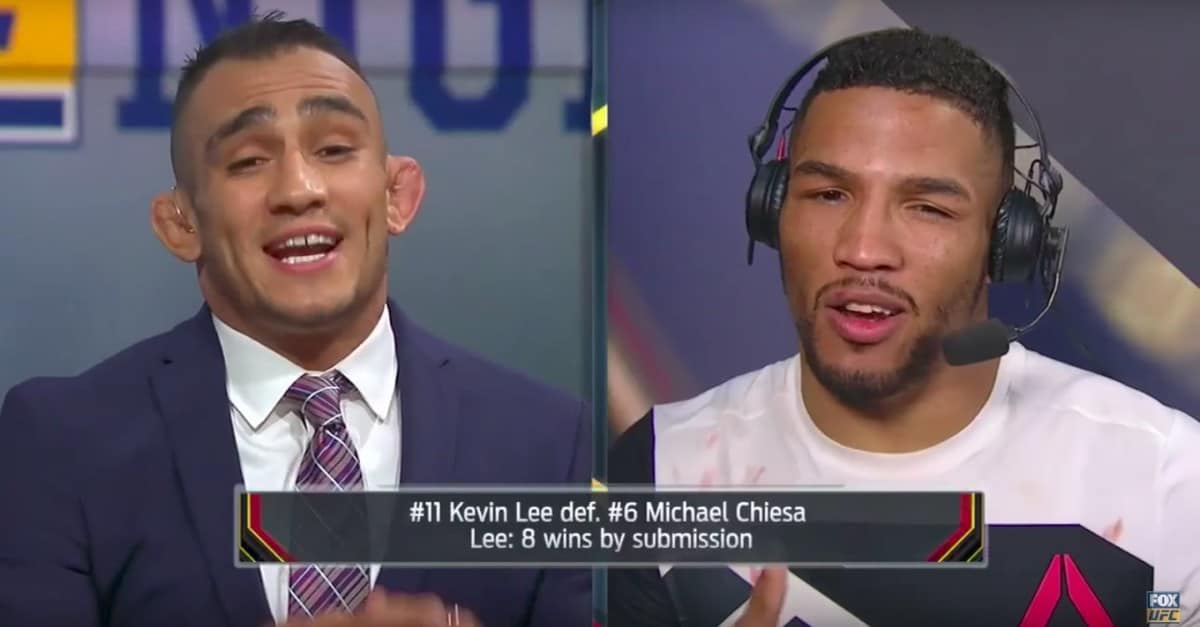 Kevin Lee believes a rematch with Tony Ferguson makes sense for both fighters.

Lee is coming off a third-round submission defeat to Charles Oliveira in March last year. Ferguson, meanwhile, is also coming off a loss to Oliveira as he was outpointed by the Brazilian in December which followed a TKO defeat to Justin Gaethje in May.

Of course, both Ferguson and Lee fought each other back in October 2017 for the interim lightweight title that saw the former come out on top.

And just over three years on, Lee — who is currently recovering from two surgeries — is looking to run things back again in the summer.

“That’s what they do in boxing – you ease your way back in. But the way I’m feeling, I don’t think it’s necessary,” Lee told MMA Junkie. “I’m going to fight Tony Ferguson. I think that fight makes sense from all angles. I don’t see anybody else that’s out there for him to fight.

“It just makes sense and it puts us back where it should be. A fight with me and him is going to kind of show one of us has to win, one of us is going to have to leave. So that’s a fight that interests me this summer. We’ll see what he talking about on his end, but he’s No. 1 in my book.”

It should be noted that Lee is currently No. 12 in the lightweight rankings while Ferguson is still No. 5.

However, crazier things have happened in the past.

Do you want to see the rematch?