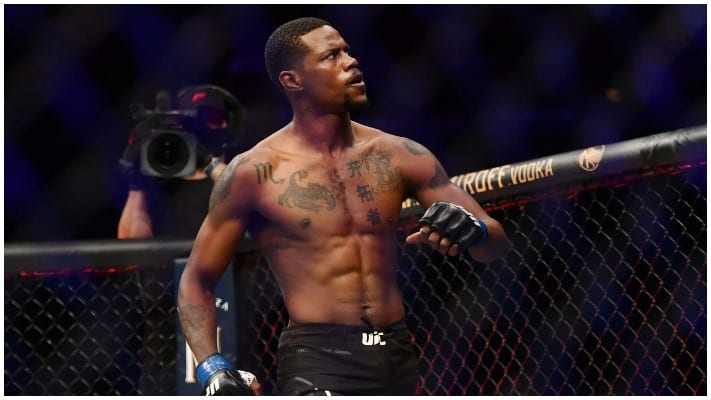 Kevin Holland was serious when he called for a fight with Khamzat Chimaev next week.

Holland only competed last night at UFC 256 when he knocked out Jacare Souza in the first round of their middleweight contest.

As a result, he went an impressive 5-0 in 2020 but he wasn’t looking to stop there — in his post-fight interview, Holland called for a fight with Chimaev next week at UFC Vegas 17.

Chimaev was set to headline that card against Leon Edwards until it was recently postponed after Edwards tested positive for COVID-19. The bout is now expected to take place next month but Holland is looking to see if Chimaev really is a game opponent willing to fight anyone at anytime like he is.

As far as he’s concerned, Chimaev has a false reputation.

“Yeah, I’ll do it,” Holland told reporters when asked if he would actually fight Chimaev on December 19 (via Middle Easy). “He doesn’t have a reputation for fighting all the time — that’s just what the casuals think. He fought three times this year. Two times against bums and another time against Gerald Meerschaert. Meerschaert is not a bum but he was coming off a knockout.

“He hasn’t beat anybody in the UFC with a win but at the same time, he’s a good ticket for the UFC so let me stop talking about somebody that can help us make money, right?”

Holland would lay out the challenge again on social media soon after.

Chimaev is yet to respond as of now but it is highly unlikely he would be able to fight Holland anyway given how stacked the UFC Vegas 17 card is and the plan in motion for him to fight Edwards.

Perhaps it is one for the future though.

Do you want to see Holland vs. Chimaev?