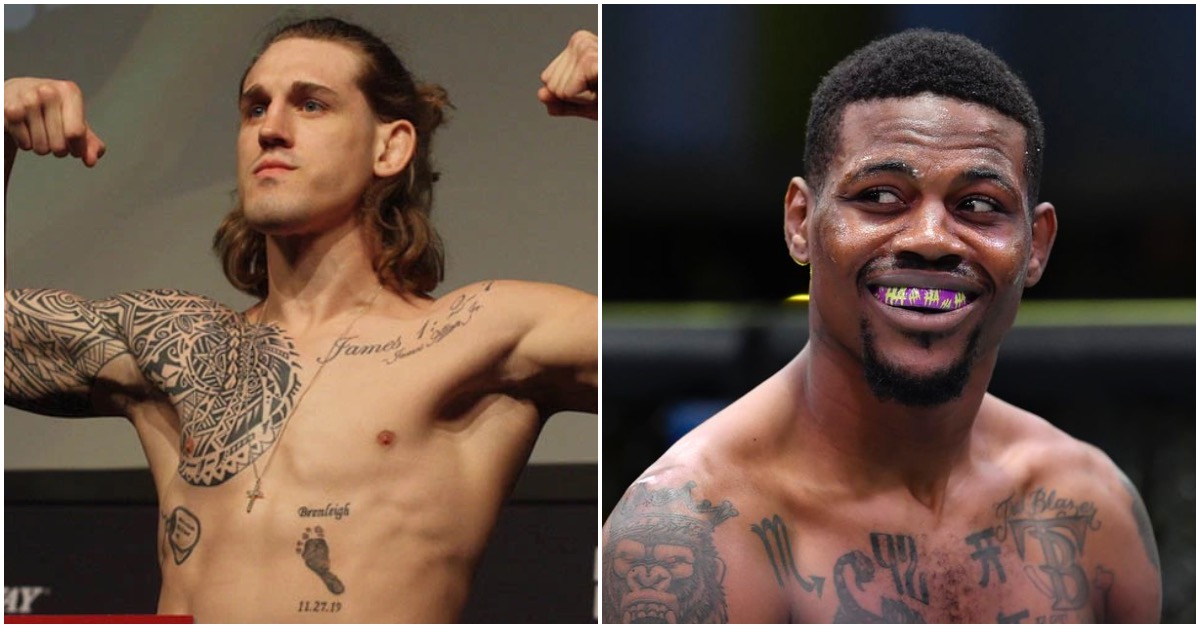 Kevin Holland (22-7 MMA) displayed his heroics once again this week, however there were a few people who weren’t totally convinced.

On Monday, it had been reported that the 29-year-old managed to suppress a gunman who entered a Sushi restaurant in Houston Texas.

The ‘Trailblazer’ supposedly wrestled the man to the ground before applying the rear-naked choke, whilst law enforcement officers were able to attend the scene.

Holland’s courageous antics come just six months after helping officers apprehend a car thief after chasing the robber before taking him down.

Holland’s honorable actions have been well documented and appreciated by the MMA community, nonetheless, UFC Middleweight, Brendan Allen (23-5 MMA) took to his social media to give his take on the story.

Kevin Holland spoke out against recent ‘trolls’ on social media

In an interview with Ariel Helwani on ‘The MMA Hour’, Holland gave his view on the response on the whole ordeal, expressing that he doesn’t think certain people struggle to take things as seriously as they should.

“There’s another guy from the Daukaus camp making jokes and stuff like that which I thought was a little weird because Chris is an ex-cop and stuff like that.” Holland stated to Helwani, “But aye, I would love to make a few jokes but ya know… I’m a jokester, I like to have fun but it’s one of those situations — I just got a message from one of the ladies there. She was happy that her and her husband got to go home to their newborn baby.”

So, if I’m not mistaken, Brendan Allen has a couple kids — had a kid not too long ago,” he continued.

Holland finished off by reminding Allen that, “[He is] a 170-pounder now but I’ll still come up to 185 and smack any one of you guys.”

All this drama comes just two weeks after Holland’s return Welterweight at UFC 272. The Californian managed to get back to winning ways shortly following three consecutive losses within the UFC.

Who do you think Kevin Holland should face next?