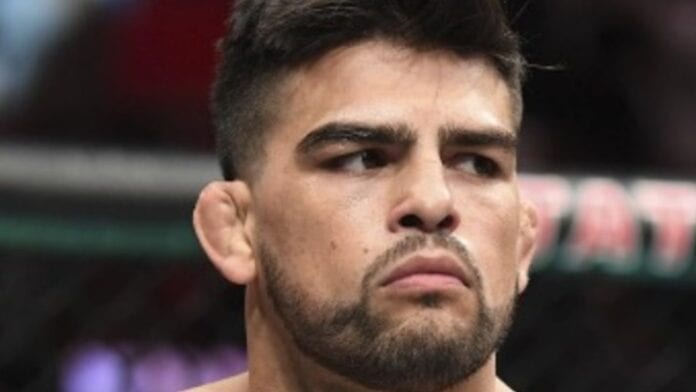 Kelvin Gastelum is not giving up on his dreams of becoming a champion.

Gastelum returned to the loss column following a unanimous decision defeat to former champion Robert Whittaker in the UFC Vegas 24 headliner this past weekend.

Despite doing well to last the full five rounds as he took some big shots, Gastelum was mostly dominated by Whittaker who won 50-45 on all three judges’ scorecards.

It was a big blow for Gastelum as a win would have put him right in title contention. Instead, it now puts him at 1-4 in his last five outings.

However, he is only looking at the positives as he released a statement.

“Getting an onslaught of amazing messages and I’m glad ppl enjoyed the fight,” Gastelum wrote on social media. “Thank you all for sending even the slightest positive gesture and messages. I still believe I can get the job done and be one of the best! I wouldn’t say that just to say it, I believe with my heart.

“I am learning so much from my opponents and I will make the necessary adjustments for the next battle. We’re on to the next one.”

What do you think is next for Gastelum?