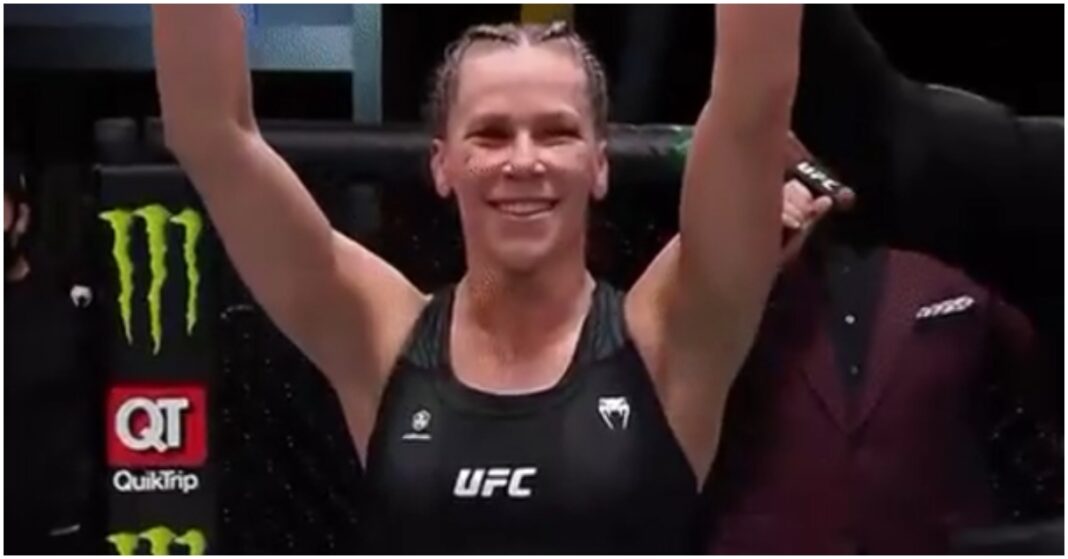 On the UFC Vegas 46 main card, we had a big flyweight fight with title implications when Katlyn Chookagian rematched Jennifer Maia.

In the first round, ‘Blonde Fighter’ displayed her slick striking and effective wrestling skills to take an early lead.

It was a similar story in the second stanza as Chookagian landed frequently and eventually found herself in a dominant grappling position.

The fight remained on the feet throughout round three which Chookagian was able to dominate from range with lots of volume.