LowKickMMA.com
Home UFC News Kamaru Usman Responds To Conor McGregor Fight: ‘Why You All Want This... 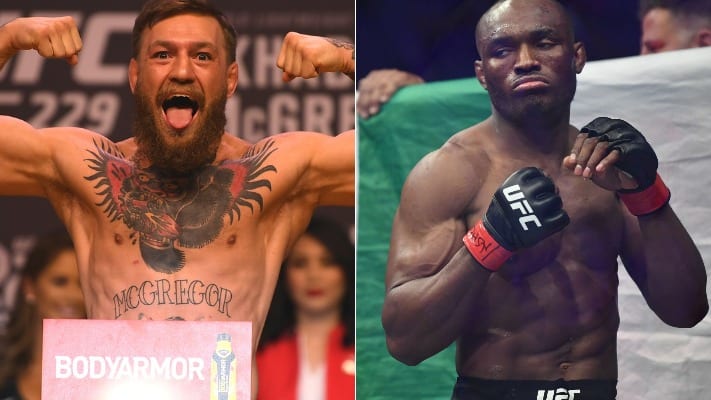 UFC welterweight champion Kamaru Usman addressed recent rumors of a fight between him and Conor McGregor.

Usman was expected to defend his welterweight title against Jorge Masvidal next. However, Masvidal appears to be angling for a BMF title rematch with Nate Diaz instead. And so, Usman’s manager Ali Abdelaziz offered McGregor a shot at a third world title.

“It looks like #1 contender wants to fight Nate Diaz now . Good for him @TheNotoriousMMA hey you want a title shot ? Come to daddy @USMAN84kg will give you one and he promise first 2 rounds without takedowns only slaps.”

Talk has since quickly heated up of a McGregor vs. Usman fight with many believing that could be what’s next for both fighters. But as far as “The Nigerian Nightmare” is concerned, he wouldn’t only beat McGregor, but punish him if that fight came to fruition.

“I really don’t understand why you all want this man DEAD!!! I’d shag him in there if I wanted and he’d “DO NOTHIN” FOH ?”

Regardless, it would still be a massive fight for Usman and undoubtedly the biggest payday of his career. Not to mention, he’d gain mainstream attention with a victory over the biggest draw in the sport.

It’s a win-win situation for him.

Do you think we’ll see Usman vs. McGregor?